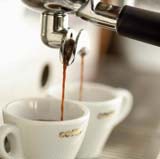 Coffee shop chain Costa is to launch its own brand of fairtrade coffee to coincide with Fairtrade Fortnight, which begins this week.

The new Costa blend is mixed from six varieties of fairly traded beans, and will be offered at no extra charge.

The Whitbread-owned chain was the UK’s first high street coffee shop to offer fairtrade hot drinks, when it began stocking coffee and tea by Cafédirect, in 2000. Cafédirect was the first coffee brand to carry the Fairtrade mark in the UK and is the UK’s biggest Fairtrade hot-drinks company, according to the Fairtrade Foundation.

Costa was founded by Italian brothers Sergio and Bruno Costa in 1971, and is one of the UK’s leading coffee shop brands, with more than 400 stores. It plans to open a further 100 this year.

Costa’s decision follows the announcement by Marks & Spencer earlier this week that it is changing all the coffee and tea sold in its stores to fairtrade. The switch is due to be completed in a few weeks’ time for coffee and from April for tea. Marks & Spencer already sells fairtrade-only tea and coffee in its 200 coffee shops.

Ethical labels account for less than three per cent of the global coffee market, although companies, including Nestlé, are launching Fairtrade products in response to growing consumer demand.