After a trial among 45 shops last year, the British Red Cross’s Give & Gain loyalty card programme is being extended to all of its 320 nationwide retail locations. But the scheme hasn’t been rolled out amid high-flown statements of grand ambition. Rather, it mostly seems to be a way to ensure already loyal visitors to its shops keep coming back.

A loyalty card might not seem like the most obvious investment for a charity. The likes of supermarkets have a much clearer use for the data they provide, in tailoring targeted promotions across their ranges and monitoring shopping habits for commonly paired items. But that’s not to say this kind of data can’t be helpful to more charities in enhancing the effectiveness of their shops in terms of maximising revenues.

And especially in times of economic austerity, getting supporters to see the value in shopping more regularly could be a smart move for charities that run shops. With the British Red Cross, for example, shoppers earn one loyalty point for every £1 spent, which can then be redeemed in discounts and rewards such as first aid courses. The game-like element of earning points is a good way of keeping interest and awareness in a brand high.

For many charities, a loyalty card could also be a clever way of cutting down on the administration associated with claiming gift aid on sales of donated goods. Rather than asking those who bring in their bric-a-brac to fill in a form every time, the items can be associated with the owner’s loyalty card on a database, and gift aid automatically claimed back on relevant purchases.

Perhaps the most important upshot of adopting a loyalty card, though, is the potential for using the membership data for marketing purposes in pursuit of additional fundraising opportunities. The British Red Cross hasn’t suggested that this is among its plans, but for many charities it could be a viable alternative to street fundraising, often known derisively as ‘chugging’ (charity mugging).

While many charities say that practice proves effective in terms of the donors signed up and the funds they generate, there’s no denying it’s widely disliked. Of course, any marketing done using loyalty card data must still be sensitive, so people continue to feel rewarded rather than harassed by the entire experience. And charities will also probably need to reach out beyond those who are already regular shoppers, in order to make the initiative pay off.

A points driven loyalty scheme could be a way of engaging potential supporters in a more positive way, so they feel incentivised to help, rather than brow-beaten into submission.

Tables at Marketing Week’s Data Strategy awards are now available for booking. To secure seats for you and your team at the premier event to celebrate data-driven marketing, click here now. 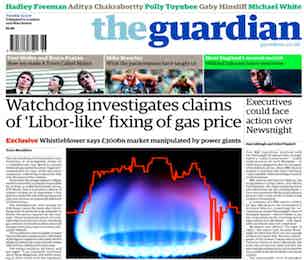