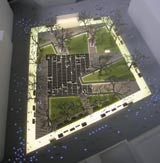 Film companies and international brands are being wooed by Westminster City Council, which is looking for sponsors to transform tourist attraction Leicester Square.

The council is in talks with at least one major film company over sponsorship deals, and is hoping to raise several million pounds towards rejuvenating the square. One outdoor advertising industry insider believes the scheme has the potential to raise much more. “It is in the heart of the West End and I would expect soft drinks brands and film companies to be falling over backwards to get on board.”

Designs drawn up include a permanent stage constructed to allow for year-round entertainment and removing the statue at the centre of the Square to provide a larger entertainment area, new street furniture and lighting that can change colour.

Sponsor opportunities will include naming rights for some aspects of the square, such as the planned new performing space; use of the square for the sponsor’s own events over a period of time; some branding designed into the street furniture; rights to set up creative installations in the square and the opportunity to host hospitality events. Council-designed promotional material about Leicester Square would also include sponsors’ names.

Council officials are thought to favour interest from international film companies which fits in with its plan to make Leicester Square “the home of British cinema” and family-friendly. At present the square, visited by up to 250,000 people a day, is perceived as tatty and outdated.

A council spokesman confirms that Westminster Council is hoping to raise several million pounds through sponsorship, although it has not put an exact figure on what the deals are worth. He stresses this is not a plan to turn Leicester Square into Piccadilly Circus: advertising and branding will be kept “subtle”.