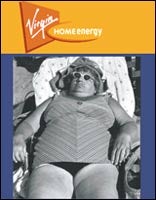 Virgin Energy has been forced to cease all marketing activities in some areas of London, following a clash with the London Borough of Enfield’s trading standards unit, which is investigating complaints of mis-selling.

The utility company, which is part of the London Electricity (LE) Group, has stopped all direct sales activity in Enfield and Edmonton, and has also had to suspend all pending contracts in those areas.

A spokesman for LE maintains that the company stopped sales in the areas well before the Enfield’s trading standards officers intervened.

A spokeswoman for Enfield council says that the investigation was triggered by a high number of consumer complaints regarding aggressive selling techniques, and that Virgin Energy withdrew direct sales activity following council intervention.

Virgin Energy, which was consolidated into LE after the group bought a 75 per cent controlling stake in Sir Richard Branson’s energy company last year (MW July 12, 2001), has 300,000 customers. LE Group, which also owns the SWEB, LE and Seeboard brands, plans to push Virgin Energy as its national brand.

The LE spokesman adds: “Over the past nine months, we have had 40 to 50 consumer complaints from the area and as a result we have sacked 14 sales agents and are now working with trading standards to prosecute them.”