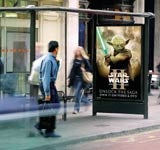 Planning permission is not a subject that most in marketing or advertising pay much attention to. But advertisers, media agencies and media owners have been forced to take more notice after London’s Lambeth council last week tore down several billboards carrying current advertising campaigns, claiming they were illegally erected (MW last week).

Relationships between poster companies and local council planning departments have rarely been easy, but Lambeth’s radical action may encourage other councils with similar objections to behave in the same way.

Outdoor advertising companies say the nature of their business is misunderstood by some local councils, which have taken the view that sites are “cowboy bang-ups” put up, flouting planning permission, by murky companies wanting to make a fast buck.

Among those councils, according to the poster industry, is Lambeth, which is claiming that 500 ad sites within the London borough do not have planning position. Lambeth’s executive councillor Andrew Sawdon has already taken action and ordered that stickers be put across some of these billboards condemning them as “unauthorised”. Under his orders, 12 billboards belonging to JC Decaux and Clear Channel have also been torn down. Maiden Outdoor managed to save its sites that were similarly condemned by a last-minute injunction. All three outdoor companies claim they have permission for their sites.

The Outdoor Advertising Association (OAA), the body which operates on behalf of the outdoor advertising industry, has tried, but failed, to intervene in the dispute by setting up a meeting with Sawdon. OAA chairman Alan James says: “We’re anxious to listen to his views, but he has refused to meet us.”

Admitting this is the case, Sawdon is unrepentant. He says the OAA has been sent a list of sites that Lambeth considers to be illegal, but the association has not responded. “It should meet council officers and assist with this list of sites,” he adds.

Outdoor companies and the OAA say planning appeals are ongoing in many London boroughs, but no other council has targeted so many sites and made moves to tear them down.

Sawdon claims he is working in partnership with English Heritage to “clean up” Lambeth, and believes these billboards are an environmental crime. “I put them in the same category as flyposting,” he says. “These ‘things’ just keep getting bigger and better, and they are built on sites that should be cleaned up.”

He denies accusations from outdoor companies that millions of pounds of funding from English Heritage, which has come through a grant from the EU for environmental upgrades, is being wasted on targeting ad sites, instead of being spent “planting trees”.

“We are investing a lot of money in the area. Targeting unlawful advertising hoardings that are an eyesore forms part of this,” says Sawdon. “At the same time we are also planting trees.”

Lambeth is not alone in its quest to clamp down on advertising hoardings in London. Westminster council has not allowed advertising for many years, and both Brent and Camden are also kicking up a fuss: “Forty-four per cent of Camden is a conservation area and we have listed buildings, so we will take enforcement action,” says a spokeswoman for Camden council.

Yet some of these councils permit the outdoor companies to erect advertising billboards on council land in exchange for a share in revenue. And the councils have street furniture contracts with either Clear Channel’s Adshel or JC Decaux to provide bus shelters in their boroughs.

Sawdon says that although Lambeth has deals with the same companies that are being targeted under his initiative, the two matters are entirely separate: “We don’t have a basket policy on all advertising, we just want to get rid of the sites that don’t have deemed consent,” he says.

There is speculation that the sudden crackdown in Lambeth and other London boroughs has been prompted by proposed changes in planning legislation that give media owners deemed planning consent for billboards they can prove have been present for ten years.

But Maiden Outdoor managing director David Pugh says: “I don’t think the councils are trying to act before any changes are introduced. And I don’t think this new legislation will happen this year. I just think they are having a purge on outdoor advertising.”

Clear Channel’s chief executive Stevie Spring maintains that the outdoor industry can work in partnership with councils’ planning departments and has done so in other areas of the country: “Birmingham is extremely co-operative and we are able to sit down with them and work out how we can work together. And in Scotland, we never have any planning appeals.”

The spat with Lambeth is unlikely to have any clear conclusion. Some sites will go while others are likely to be saved. But the three main outdoor companies will remain perplexed over why they have been targeted, particularly as they claim to have made efforts to reduce their count of advertising billboards. They also believe that outdoor advertising brings colour and vibrancy to dull London boroughs, without which these areas would be “economic deserts”.