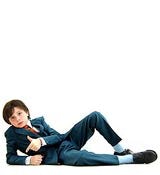 No matter how outstanding the advertising campaign is, it is widely believed that the final decision on which brand to buy is most often made in store.

In fact, according to research by POPAI, more than 75 per cent of purchasing decisions are made in store, yet the same research suggests that, on average, only five per cent of advertising budgets is spent on point of purchase marketing. This small amount is partly because PoP is cheaper to produce than ad campaigns and therefore less spend is needed to make an impact. But it does suggest that many marketers have yet to invest significant sums on attempting to convert the customer at the point of purchase.

Marc ten Bruggen Cate, managing director at design company DJPA Partnership, does not believe that marketers think PoP is less effective. It is, he says, just lower down on their list of priorities. “Many marketers see PoP as the final stage of the marketing process, but they may have more success if they start with the moment the customer selects the goods.”

WPP Group chief executive Sir Martin Sorrell said in a recent interview for The Sunday Times that he was beefing up in-store marketing capability within WPP, and he endorses ten Bruggen Cate’s comments. If he does invest heavily in this area, his move is likely to be copied by the other marketing services groups.

“PoP is an extremely important part of marketing, but it is still often neglected,” says Claydon Healey Jones Mason managing director Jonathan Harman. “All that money spent getting consumers into shops is pointless if you don’t invest at the till.”

More brands are waking up to retail integration. Nestlé Rowntree marketing chief Andrew Harrison, for instance, has always backed his belief that the best place to reach consumers is in store.

However, in the packaged goods arena, many of the large grocery multiples are reluctant to loosen their control over the retail environment. The opportunity for packaged goods brands to use imagery from their above-the-line campaigns in store is limited, and marketers say that it is more difficult to secure in-store space than it was five years ago because retailers are clamping down on what they call the “clutter” in their aisles.

One says that supermarkets are “schizophrenic” about what they will and will not allow on their shelves. “They are always changing their minds about what we can and cannot do in their aisles,” he says. “Also, I have often agreed something with the supermarket’s head office and then the individual store managers refuse to carry it.”

Leapfrog Research &amp; Planning director Sally Marsden says: “Only a tiny percentage of brands can afford above-the-line glossy commercials, and most certainly not television. The majority of the top ten TV advertisers are retailers. It follows that most packaged goods brands would kill to get more merchandising and PoP in shops.”

Marsden says there are several reasons why retailers are cautious over other brands’ PoP, not least the fact that the units have to be constantly maintained. She also says that it makes more sense for the major multi-stores to focus on promoting their own brands and offers. And because their environments are now so overcrowded, with stores branching out into new areas, particularly non-food, other brands’ PoP is being pushed out.

She also says that consumers want less rather than more in store: ” Shopping is stressful so customers often do it on autopilot, filtering out extraneous information,” she adds.

Many point to the telecoms industry as an example of excellence in the point of sale discipline. When Orange launched its Learn campaign, for example, it not only invested &£10m in a major advertising campaign, but threw an enormous amount of money at its retailers too. At the time of the launch, Orange vice-president of marketing Jeremy Dale said he had worked backwards from the point of purchase and approached the retail director about changing the stores’ look and feel.

The theme of the Orange campaign was teaching consumers how to use their mobile phones properly. Retail staff became “trainers” and the company introduced an interactive section in stores where consumers could try out the phones and be taught how to use them.

But it is not just electrical and packaged goods that have made PoP an important part of marketing. There are examples of PoP that think outside the remit of retail. The Design Group, for instance, has been working on the launch of Pet, Direct Line’s new insurance service for cats and dogs. “We’ve put the PoP material in a chain of vets, and although the first phase of the launch was only a month ago, it’s been very successful,” says Design Group chief executive Jonathan Clark. He says advertising the service at point of purchase in vets is a successful combination because consumers know and trust the Direct Line brand, and having it in a vet clinic endorses the product.

Clark says he admires the way Tesco markets its financial services: “It promotes all its services in store,” he says. “Within ten years supermarkets are going to be seriously challenging the high street banks, and companies like Tesco will build up that strong customer base through their stores.”

Coutts Retail Communications marketing director Lucy Lynch believes that many marketers are starting to plan “inside out”: beginning with the experience and impression they wish to create at the point of sale, then working outwards to ensure all brand communications reflect this.

“The most successful marketers work this formula hard, giving the consumer a convincing take on the brand,” she says. “Those that don’t have reason for concern, because with today’s cynical consumers it only takes one slip to disillusion them and leave them feeling let down by an over-promise and failure to meet their standards.”

Lynch points to McDonald’s, which recently embarked upon a repositioning campaign to assure consumers that their customers were “Lovin It”. “McDonald’s understood that the restaurant environment had to then live up to this statement,” she says. “If you think Ronald McDonald’s days are numbered, visit the new-look outlet on Oxford Street in London, which reassures you of its credentials with a large tickertape display declaring ‘I’m Lovin It’ over and over again.”

There are those in the industry who are sceptical of POPAI’s figures. Sanjay Nazeral, founder of research-based branding agency The Depot, says: “It is only through particularly revealing qualitative research that the truth emerges. Consumers don’t make buying decisions at the point of purchase.”

If Nazeral is right, why do consumers continually say that they do? “The fact is we don’t buy products any more, we buy statements of self,” says Nazeral. “We don’t like to think that we’ve been taken in 100 per cent by an advertiser and the result is we wear our identities on our sleeves and in our kitchen cabinets, but we lie about it in market research.”

HDM account director Steve Richards says there is no doubt that PoP gets closer than to point-of-purchase decision-making than above-the-line advertising. But, he says, getting people to buy a particular brand is not simply about proximity to the final act of choosing goods, and traditional TV advertising will always be the main way to encourage people to buy a particular brand.

“In the majority of cases, PoP is a temporary medium. In the average retailer, its lifespan is about two weeks. This is a painfully short period to communicate brand messages with any sustainability,” says Richards. “TV works so well because it mirrors real life: sound, colour, movement. It has the ability to get past consumers’ defences and stay in their minds (and hearts) often through to purchase. Point of purchase can build on this as part of the whole marketing campaign, but at best remains tactical and temporary.”

A lot of PoP material is attractive, motivating and strategic, but these are the exception to the rule, say many industry insiders, and generally the effect is one of clutter. New technology is offering fresh potential for PoP design and interactivity but so long as control over what appears in stores rests in most cases with retailers not brand owners, industry experts say the majority of the marketing budget will remain firmly above the line.