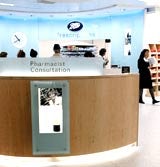 UK pharmaceutical manufacturers believe marketing budgets could be wrecked by a court ruling which has lifted a price-fixing rule on over-the-counter (OTC) medicines.

The Restrictive Practices Court has scrapped the resale price maintenance (RPM) law, which gave manufacturers of OTC products the right to set the minimum price at which they want products sold.

The Office of Fair Trading (OFT), backed by some supermarkets and the Consumers Association, challenged RPM on the basis that it is not in the interest of consumers. The case began last October.

The removal of RPM, which affects all branded OTC products, means that supermarkets will be able to sell branded medicines and vitamins at much lower prices. Retailers such as Tesco and Asda are understood to be slashing the prices of branded medicines.

A spokesman for GlaxoSmithKline says: “We might have to take some cost out because of this.” Another manufacturer adds: “Advertising is funded by profitability, and if the ruling has a knock-on effect on that then it could affect manufacturers’ marketing plans.”