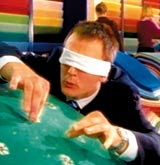 Courts, the furnishings retailer, has undergone a top-level restructure and is on the eve of launching a &£20m ad campaign to reposition the group’s ailing UK chain to younger customers.

Richard Coe, marketing director, has been promoted to the role of deputy managing director, but continues to retain overall responsibility for marketing. Managing director Bruce Cohen becomes chairman and will be replaced by his son, Steven Cohen.

Coe says: “Our UK business is not doing as well as we would like, so we hope the changes will help us focus on the UK business and enable us to give it autonomy from group management. Our research shows that we have made the changes to broaden our appeal, but that our advertising is not communicating this.”

Courts has dispensed with its much-criticised use of personalities such as Bruce Forsyth to front its ad campaigns in an attempt to broaden its appeal. An above-the-line campaign created by agency RPM3 will be launched this month with the endline: “Fanatical about furniture. Passionate about prices.”

The TV campaign will feature four 30-second ads, which highlight Courts staff’s enthusiasm for their jobs. Each commercial focuses on different product areas, and uses a mix of in-store footage to demonstrate the breadth of Court’s merchandise.

National and local press ads and catalogue distribution will be included in the campaign, which is aimed at reaching more than 75 per cent of the population.