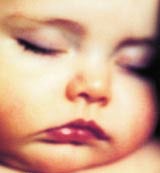 Bradley will be responsible for developing the Cow &amp; Gate and Milupa brands. His appointment comes as Nutricia’s parent company, Amsterdam-based Royal Numico, prepares to carry out a global review of its advertising arrangements.

Bradley joins Nutricia after eight years with Diageo Ireland, where he was most recently general manager for the gin brand Gilbey’s. He joined the company as Baileys global marketing director in North and South America. He is also a former commercial director of Quaker.

Nutricia’s marketing was being overseen from the company’s Netherlands head quarters following Ghali’s departure. It is not known whether Ghali, who joined Nutricia in 2002 from Reckitt Benckiser, had a job to go to.