You’ve been doing a lot with social media recently but, ironically, Ford – perhaps more than any other car brand – is remembered for the Nineties clichéd TV ad of an empty road with a single car driven enthusiastically along it, while Brian May’s “Everything we do is driven by you” plays in the background. Is that approach over?

Jim Farley (JF): I think there’s still a place for it, but it’s not enough. If you can’t bring your products to life online, you’ve failed as a marketing team. The majority of the media our customers consume is online.

In China, social media is the mainstream media, and the idea of the Fiesta Movement for the US came from there (see below). The Ford brand and Fiesta name had such low awareness in China we thought we could build awareness by [encouraging] people to take pictures of other people’s Fiestas and sharing them on social network sites. It was a contest on the street and if they did it in a really cool way we selected winners.

The campaign blew up to involve about 10 million people. When I saw that, I said: “Holy bananas! We can use that and remix it in the US.”

MW: How did that “remix” work for the US?

JF: With the Fiesta Movement in the US, we built a community through a mix of digital and face-to-face experiences and then paid attention to it. A year before the launch of the Fiesta in the US, we brought in 100 cars from Europe and gave them to 100 people – we called them agents. We gave these agents tasks to do, and enlisted them to “spread the word”.

Now we have a higher unaided name awareness than Honda Fit and Toyota Yaris – the segment leaders – and we spent ten cents on the dollar [on traditional media]. We probably didn’t even need to spend any money on traditional media, the movement was so successful.

We then launched the Ford Explorer (a regional product in the US) on Facebook, not at an auto show. We had one day in July with ‘earned’ and ‘paid’ media working together.

MW: Are you planning something similar for the Ford Focus?

JF: We’re going to do a 50-person global test drive for the Focus and give it to customers before we give it to the media. They’re going to go on YouTube and Twitter and launch the car for us.

We’re giving $10,000 to a charity of their preference as an incentive because in many ways it’s a commercial activity and we want to reward the customers for being a part of it.

MW: Isn’t using unknowns in your marketing a risky strategy?

JF: I don’t know where the global test drive of the Focus will take us but what I’ve learned from the Fiesta Movement is that it gets better with time, and good brands are those that give their brands away. I always tell my team that when they’re working with a brand that is transforming itself, like Ford, give the brand to your dealers and customers; don’t be arrogant and try to tell the story yourselves because you’re not believable. We’re a big company, so it’s scary when you do that.

MW: Is there anything you’re doing differently with the Focus compared to the Fiesta?

JF: Yes, but with that comes opportunity. The last time we launched Focus we had 28 different ad campaigns [and two versions of the car]. We now have one standard vehicle, so it’s literally the same visual vehicle for the whole world, and I guarantee we will not have 20 different campaigns. So we have an opportunity to simplify our advertising and increase quality, do more things like the global test drive – and with the money saved on production, run more ads.

MW: You’re referring to the ‘One Ford’ global policy where ‘one-size-fits-all’ is a great theory in terms of savings. But how do you know if it’s going to work?

JF: I can’t tell you it’s going to work as we’re just starting, but the good thing about the Ford system is that the way we work together allows for adjustments. We’re not so dogmatic we want to make everything the same.

We’ve found in certain media – especially digital – we will make a mistake if we have a common approach to [content] creation. So we’re learning. The luxury makers, such as BMW and Jaguar, do this very effectively. They are pretty transparent and common with their messages to customers [around the world].

MW: How do you see your split between ‘paid for’ media and ‘earned’ media changing?

JF: We’re already spending 25-30% of our global media budget on digital but we’ve changed what we’re spending it on. Three years ago, digital would mean being on a buying site where you compare competitor prices and used values. Today, our digital presence is more about favourable opinion, consumer lifestyles and sites where people can discover the technology.

We’ve changed our digital spend from transactional marketing to building the reputation of the products. We’re taking resources away from TV, or even variable marketing incentives, to fund earned media.

But we are not funding enthusiast earned media to the extent we have in the past.

We’re spending money on the nightly news, evening entertainment [such as a PR push to suggest a storyline] and putting our product in the content of shows.

MW: So product placement is still valid for you?

JF: Not only product placement but being part of the content, even perhaps a business story about the company doing better. We’re investing in that because we think customers want to do business with a successful company.

MW: How do dealers fit into that success?

JF: In the past, we saw dealers as only retailers, but many have been in business for a long time and are embedded in the local community. We underestimated the opportunity for dealers to tell our company story. But when we went through the financial crisis we needed everyone’s help so we co-opted advertising with our dealers, with the caveat that they had to talk about Ford. In the other half of the ad they could talk about their dealership – not about how many cars they sold but what they’ve done in the community. This is very much like the approach Tesco took in the US.

I wouldn’t be surprised if in five years Ford was in the app development business, integrating our company into the mobile experience

I’ve learned a lot from Tesco. It’s Fresh & Easy US neighbourhood stores are really starting to gain traction in California. I realised it is almost the ‘anti-Walmart’: super-local, super-authentic, only hiring from the local community and being open to suggestions from the local community. Tesco gave me the idea to pay our dealers to do our advertising for us. It taught me a lot about how to compete and promote your brand and be seen as an authentic small local company.

MW: How do you see the next five years in marketing?

JF: We’re going to see mobile marketing take off. Mobile is unique because it is very private; people don’t want to be annoyed by stupid advertising. It’s more likely in the future that Ford will be involved in applications. There will be all sorts of car-related apps, such as satellite navigation, and we’re going to need product placement in them. I wouldn’t be surprised if in five years Ford was in the app development business, integrating our company into the mobile experience.

But I think the biggest trend over the next five years is in public relations; it will move from a concierge, introductory business to the most important promotional aspect of a company’s business. PR’s function holds the keys to authentic media, content that people really trust. As marketers we really need to embrace that, fund PR and make sure its practitioners have plenty of resources and help to work with new partners, beyond traditional ad agencies.

JF: Actually, increasingly with non-journalists. In cars right now the most important dialogue between customers and ‘influentials’ is bloggers, and as a car company we don’t even track who they are, don’t give them content and don’t advertise on their sites. What function will add meaning to that relationship? I would argue PR will eventually manage bloggers like they manage traditional media. They’ll have engagement events, share content and look at running paid advertising on bloggers’ sites.

I think as far as social media is concerned, Ford is way ahead of everyone, at least by six months. The global test drive is going to test the boundaries. Do we treat traditional media differently to customers? What if the customer can tell your message to more people and more authentically than someone who writes an article in a magazine? The reality is both are important. So you have to have capability to turn on both groups; that’s what we’re learning through social media. 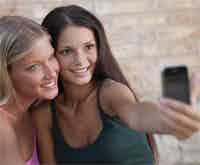 An Apple iPhone or BlackBerry on the O2 network is a teenager’s most desired mobile combination, according to research seen exclusively by Marketing Week. By Michael Barnett 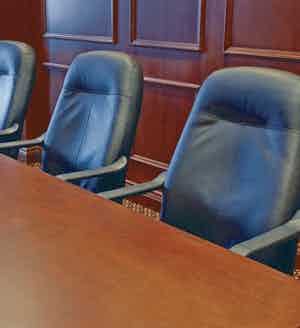 More marketers may be taking seats in the boardroom, but its members are still struggling to understand exactly what the discipline can do for a business. Board members at big brands tell Lucy Handley what they really think of marketing in an era where procurement and the finance director are king