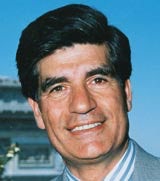 Named after Publicis’ much revered founder Marcel Bleustein-Blanchet, the start-up, which is 100 per cent-owned by Publicis, has been set up to compete with other creative shops such as Nitrosoul and Mother, which are increasingly attracting major international clients like Unilever and Coca-Cola. Marcel will only target clients that need quick turnaround creative work, and will operate with as few “middle-men”, such as account handlers, as possible.

Publicis Group president Maurice LÃ©vy has already committed assignments from clients such as Allied Domecq, Krups kitchen appliances and NestlÃ© to the agency.

Many point out that the Marcel model is reminiscent of WCRS when it first launched in 1979. The idea of positioning Marcel as a creative and strategic hot-shop, while stripping away account handlers, also recalls Mother when it first emerged on the British scene.

But one Publicis insider claims that the launch is “bad news” for the network. “The move undermines the confidence of the network. It says that the current set of agencies are not producing creatively led work,” he says.

French creative duo Frederic Raillard and Farid Mokart, who were most recently a creative team at Goodby Silverstein &amp; Partners, San Francisco, will be co-presidents of Marcel. The agency opens with between 20 and 30 staff, and will have an international focus. If it is successful, it may open in other cities.

But many in the advertising industry are not convinced that a boutique agency over which LÃ©vy has total control will have the flexibility to step in and produce an attractive alternative solution when another agency within the group is failing on a big brand. One rival executive says: “It was LÃ©vy’s decision to axe the D’Arcy network, even though it was regarded as the best of the litter of networks within the group.” He adds that Leo Burnett, Publicis and Saatchi &amp; Saatchi will not “find it in their hearts” to let another agency produce a creative strategy if they haven’t been able to crack it.

Yet there appears to be a definite shift towards the smaller shops and networks and a rejection of “tired giants”, which tend to operate as big factories. Clients seem to welcome the innovation offered by some of the smaller players as a breath of fresh air, and something that provides speed and flexibility in turning work around.

The question for LÃ©vy is whether his new creative solution is enough to shake up the agency landscape.