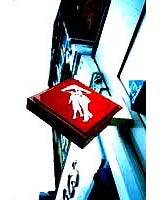 Abbey National’s decision to sell its credit card business to the European arm of US card giant MBNA has raised the stakes in an already competitive market.

Online financial services company Egg was the first to retaliate after Abbey National and MBNA announced plans last week to quadruple its credit card customers by 2005, as a result of the deal.

In a statement issued two days after Abbey National’s announcement, Egg said it will be extending its offer of zero per cent credit card interest on balance transfers for six months until April 30.

As part of the deal with MBNA Europe Bank, Abbey National will receive an initial commission payment for every card it sells and will then receive further commission, depending on how many times customers use their cards. The cards will continue to be branded with Abbey National’s logo.

The bank sold the credit card business for &£289m, making a profit of &£45m. Abbey National predicts it will make between &£135m and &£180m in profit through commission over the next five years.

Abbey National retail marketing director Gary Hockey-Morley says the deal with MBNA was the most cost-effective way to improve the performance of its cards.

“Abbey National wanted to improve the performance of its credit card business and wanted to do it quickly,” he says.

“We looked at introducing a card internally or a computer system for managing the business. But easily the best financial option was to work with MBNA.”

The move will be backed by a national advertising campaign to be launched later this year.

EURO RSCG Wnek Gosper holds Abbey National’s account, although it is not yet clear whether the bank will consider another agency for this particular project.

Hockey-Morley has declined to reveal the exact amount earmarked for the campaign, but he says millions of pounds will be spent on direct marketing and national press coverage and has not ruled out television ads specifically for credit cards.

“Given that it wants to triple the number of its card holders, commission is more viable, simply because the card market has become so competitive,” she says.

“To acquire customers is expensive and you need to have the technology to offer a variety of products – technology Abbey did not have.”

But while the move itself seems logical, it remains to be seen whether Abbey National and MBNA will be able to meet their target of an extra 1.5 million card customers by 2005. One factor which has prevented Abbey National from expanding its credit card business was its relatively high annual percentage rate (APR) of 18.9 per cent for debt under &£1,500, and 17.9 per cent for debt over &£1,500.

Certainly Hockey-Morley is in fighting mood. “We will introduce a raft of cards to meet different needs and will be looking at APR. The first card will be out within four months,” he says.

A report by Datamonitor predicts that credit card companies will increasingly target consumers with cards which are tailored to suit people’s lifestyles and hobbies.

Barclaycard already has a credit card for homeowners which offers customers discounts at home improvement stores, while Capital One has a range of lifestyle cards aimed at people with various hobbies, such as hiking or football.

While Abbey National has 500,000 credit card customers, this is a small chunk of the 40 million credit and charge cards in use in the UK. With the number of cards set to double by 2005, companies will have to fight harder for credit card customers or see their market share decrease.

Hockey-Morley says: “If you look at the US market, a very small number of companies are in the credit card market. You need to be big to get the economies of scale. It’s going to happen here. I predict smaller banks will do the same thing as we have done because it is hard to keep pace.”

The US credit card companies are exemplified by MBNA, which is the largest independent credit card lender in the world, along with Capital One. Ten years ago in the US the top ten card issuers accounted for 51 per cent of US card debt. Today they account for 82 per cent.

One of the first companies to develop the US-style low-rate card was Royal Bank of Scotland, which teamed up with US company Avanta in 1993 to market RBS’s credit cards.

Tim Lewis, director of credit cards at the Royal Bank of Scotland Group, believes Abbey National has made a good move and agrees the outsourcing trend will continue. “Some banks are starting to question why they are issuing credit cards. Those who are not good at it will say, ‘Should I invest in other areas?’ I’m sure two or three companies will go the same way this year.”

Although Lewis won’t comment on specific companies, one observer cited Alliance &amp; Leicester, The Co-operative Bank and Clydesdale Bank as possible outsourcers, because they are small credit card issuers.

Jeremy Nicholds, UK and Ireland general manager for payment company Europay-MasterCard, confirms this picture: “Inevitably smaller players, and those banks and building societies that do not see cards as core, will look for alternative ways of serving their customers with products and services, and building market shares while not incurring the higher costs of doing so.”

Abbey National will be encouraged by the growth seen by other companies which have taken the outsourcing route. Halifax set the trend last June when it bought the UK credit card business of US company Bank One, and outsourced its credit cards to the new division. The company has increased its number of customers from 1.4 million to 2 million since June. In contrast Egg, which runs its own credit cards, has amassed 745,000 customers since September 1999.

The key will be for Abbey and MBNA to come up with a marketing strategy which combines competitive introductory rates and APRs with specifically targeted lifestyle cards. And with credit card growth showing no sign of relenting, the new cards had better be good.