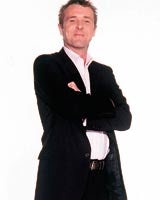 When the first delivery was bowled at the opening one-day English National League match between Middlesex and Derbyshire in April, the most notable absence was not retired Middlesex player and now TV celebrity Phil Tufnell, but the lack of a title league sponsor.

This is the first time the one-day league has been without a headline sponsor for 11 years and is indicative of a longer term malaise in the marketing of the game of cricket. The decline in ground attendance throughout the Nineties, together with the financial difficulties facing potential sponsors – these have traditionally come from the financial services and telecoms sectors, currently experiencing financial troubles – means that the game is struggling.

The TV audience has also fallen, with viewing figures on Channel 4 showing a drop to 1.2 million in 2001 from 1.3 million in 2000. An industry source says the number is likely to dip again this year as viewing figures for the Cricket World Cup were poor, and also the start of last week’s opening test between England and Zimbabwe was watched by only 300,000 viewers.

One of the UK’s leading clubs, Surrey County Cricket Club, was forced to part with its corporate development director last week and it is still without a shirt sponsor (MW last week). Cricket clubs regularly suffer an annual loss. The &£1.3m awarded to each by the English Cricket Board (ECB) from the central pot of sponsorship and TV rights is no longer sufficient to compensate the declining value of sponsorship deals.

However, there are signs of a recovery. The responsibility for relaunching the game rests on the shoulders of the ECB’s new commercial director Mark Sibley. He admits there’s a tough challenge ahead, saying: “The main task is to get the most out of TV and sponsorship and to exploit all areas of revenue.”

At the core of the ECB strategy is the inaugural 20/20 Trophy. A game of 20 overs per side that can be played in less than three hours. It is designed to appeal to 16to 35-year-olds, as well as families and young professionals. The cup is being marketed as family entertainment and the events will feature performances from pop bands such as Mis-Teeq and Atomic Kitten. Sibley says that the cup has already been a success with sponsors. Npower, Philips and Nectar have signed up as partners.

Cricket marketing will get another boost from the signing up of ITV1’s I’m a Celebrity… Get Me Out of Here winner Tufnell to promote forthcoming tests.

Cricket clubs have also been active in grass-roots promotion. Marylebone Cricket Club, which owns the Lord’s ground, has slashed match prices for children.

The initial public response to this promotion has been heartening. Sales for the Zimbabwe and South African matches this summer are up by 50 per cent compared with similar games three years ago, while attendance at county games on the first weekend of the season was 20 per cent higher than last year.

The support of Channel 4 has been vital to cricket’s resurgence. The station has put &£13m behind promoting the sport to a younger generation by hosting events featuring DJs and live screenings.

It has promised to spend another &£10m in marketing over the next three years. Nick Stringer, marketing manager at Channel 4, says: “The past four years have been about repositioning cricket as a more exciting sport. This year the money will be spent on converting this into viewers with conventional TV ads.”

Existing cricket sponsors are pleased with the recovery. Kevin Peake, head of brand at npower, says that the benefits of cricket sponsorship have “exceeded our wildest expectations.”

He adds: “Brand awareness is now into the high 90s, which is remarkable for a three-year-old company. Not only do we have around 13,000 minutes of TV coverage, but we’ve been able to organise promotions, competitions and online ventures around the sport.”

Anthony Wagerman, head of marketing and communications at Travelex, says cricket sponsorship helped promote the brand following its takeover of Thomas Cook’s foreign exchange business. He says: “It has fitted well with branding Travelex as a global company as the sport is international.”

Regulation changes may help boost sponsor interest in the game. The International Cricket Council has increased the size of the sponsor logo on cricket shirts and advertising is now allowed on cricket bats. Bat manufacturer Dunlop Slazenger is already in discussions with a number of potential partners (MW last week).

But Tim Crow, director consulting at Karen Earl Sports and an ex-ECB commercial director, is not convinced that cricket is in a strong position to attract big-money sponsors. The crowds may be coming back, he says, but clients never ask about sponsoring the game.

Crow says cricket lacks the feelgood factor of sports such as football and rugby, which offer winning teams and charismatic players. As long as the English cricket team struggles to shake off its “losers” tag, it will have difficulties in attracting sponsors. “No one”, he says, “wants to be associated with losers, which means cricket is not on people’s radar.”

Sibley acknowledges that the future of the game’s popularity with fans, and subsequently sponsors, is in the hands of the players. “In terms of marketing it is crucial that the English team play well. And that’s a longer term problem that marketing won’t immediately solve.”