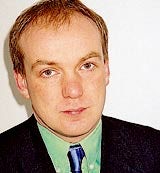 Churchill will take up the position of marketing and communications director for Age Concern at the beginning of July, overseeing the marketing, information, public affairs and policy departments.

He will be responsible for a brand audit and review, which is not expected to include the &£6m advertising account held by WWAV Rapp Collins.

Churchill replaces Pamela Morrissey, who left to become head of fundraising at the British Deaf Association in November last year.

The incoming marketer at Crisis will become involved with an existing review of the charity’s mission statement and corporate image. The charity is also looking at how it portrays itself.

The new identity and mission statement are expected to be launched, along with a new campaign, in time for Christmas 2002.

Churchill says Crisis wanted to promote a longer-term message about preventing homelessness instead of using the shock tactics of showing people on the streets.

The problem now facing homeless charities is that people are not seen on the street as often as they were in the past because they are using temporary shelters and hostels.

Churchill says: “People on the streets were our best voice, but how do you promote a homeless charity if people are not on the streets?

“Prevention messages, about quality of life, are now needed as part of a long-term focus.”