The global contest was launched by graphic design crown sourcing site 99Designs and is not affiliated or endorsed by Gap Inc.

The crowd sourcing site says the new logo Gap introduced was “bland” and aimed to reach out to its graphic design community to produce a better logo.

99Designs says: “While Gap never officially launched a crowd sourcing initiative for its logo, we decided to take it upon ourselves to help GAP out.”

The designs are now open to a vote via Facebook and the entry with the most endorsements will win a $500 prize.

99Designs says that the winning logo will also be presented to Gap as a “goodwill gesture”.

You can see the entries in the Gap logo contest and vote for your favourite here.

The brief to designers stated: “The goal of this project is to design a far more suitable and recognizable logo based on the target market and the companies iconic products. The recently released logo is extremely bland and has had a horrible backlash from the worlds design community. We feel that our design community can produce a far better logo!”

“You are free to use your imagination when designing this logo. The only requirement is that your design reflect some aspect of the brands history or target market.”

Gap has since scrapped the new logo and reverted to using its old logo following the consumer backlash over the changes. 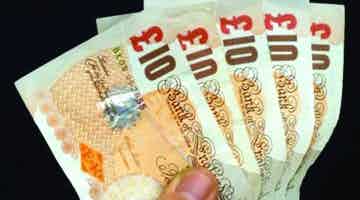 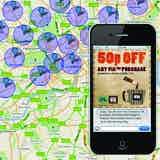 O2 has signed deals with Starbucks and L’Oréal to be the first brands to undertake a six-month trial of its large-scale location-based mobile marketing platform in the UK.