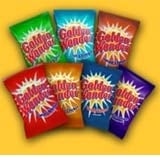 Crisp brand Golden Wonder is out of administration and its new owner, snack firm Tayto, is plotting a comeback. But can it really take on Walkers? By Caroline Parry

Golden Wonder launched the world’s first cheese and onion crisps 45 years ago, yet its halcyon days as a market leader are a distant memory for the snack-buying public, who have long fallen out of love with the brand.

New owner Tayto hopes it can woo back consumers, take on modern market leader Walkers and return the brand to growth. Exact plans for the Golden Wonder comeback have yet to be revealed, but last week Tayto appointed The Leith Agency to assess the brand’s strengths and develop a marketing strategy (MW last week).

The Northern Ireland-based snacks manufacturer acquired Golden Wonder in February, after the company was placed in administration at the start of the year. The deal saw the company broken up as Tayto snapped up the eponymous brand, Ringos, Golden Lights, Golden Skins and the company’s private-label business. The Wheat Crunchies and Nik Naks brands were sold to KP Snacks-owner, United Biscuits (UB).

The demise of one-time market leader Golden Wonder was blamed directly on Walkers – part of PepsiCo – and its huge advertising budget. Its marketing muscle – it was claimed – led to its sales soaring as Golden Wonder’s market share dwindled.

Industry insiders are quick to point out that Golden Wonder failed to react when Walkers’ upped its game in the mid- to late 1980s. It invested heavily in turning itself into the leading brand in the standard crisp category, while Golden Wonder focused on textured snacks, such as Wheat Crunchies and Nik Naks.

FutureBrand senior vice-president of strategy and innovation Adrian Goldthorpe says: “Walkers became synonymous with quality crisps and was supported by great advertising. Golden Wonder had a plethora of brands and a self-belief that it had a strong portfolio. But it failed to capitalise on the core brand’s position or build a strong brand image.”

Golden Wonder’s problems are frequently attributed to its numerous owners, the sale of key brands and the move into manufacturing private-label crisps, and a lack of investment in marketing and innovation. Tayto is the brand’s fifth owner since 1961 and, over the years, previous owners have hived off brands including Pot Noodle and Wotsits, which was acquired by arch-rival Walkers.

Goldthorpe says the sale of the company’s van distribution arm, Adrian Cunningham, in 1995 also added to its woes as it closed its route to market at a time when Walkers was carving very strong relationships with the multiple retailers. He says its decision to develop its private-label business “undermined its own positioning”.

But insiders point out that Tayto and UB must believe the constituent parts of the company can be profitable – given the right level of investment. The key challenge for Tayto, which has a strong presence in Northern Ireland but is building its distribution in Britain, is to grow Golden Wonder outside its Scottish heartland, where it remains popular. Goldthorpe says that for it to be successful, it is vital it consolidates its position/ “It will have to develop a competitive edge because the market has such as dominant leader. If you can’t lead, you have to define a new sector.” He points out that Walkers is a brand no one hates as it is “soft and friendly”, but he suggests this could allow Golden Wonder to become the “rebel” of the crisp sector. He explains: “Golden Wonder should encourage everyone to recoil against Walkers or campaign against its softer nature. Such a strategy would appeal to its core market of men and children and should attract new consumers.”

If it is to return to something near its former glory, a focus on taste or crunchiness will not be enough. Golden Wonder needs to cultivate a strong position supported by marketing and advertising that reinforces its brand vales.

In its fight against the giant that is Walkers, Goldthorpe concludes: “To go after Walkers, it will have to do something on a bigger scale. It should try to make Walkers unpopular. It is better for 20% of the population to love or hate the brand than for 80% to be indifferent.” â¢

â¢ 2006 Golden Wonder is placed into liquidation on January 9 but is later acquired by Northern Ireland-based crisp company, Tayto