Corporate social responsibility is key to the young generation of shoppers, who are fully engaged with what brands are doing, both positive and negative.

Starbucks, Primark and Tesco are brands that young people name as having a poor reputation in the community, while the Co-operative Group, Marks & Spencer and John Lewis are seen in a more positive light, a new study has found.

The survey by the Good Research Partnership and the British Youth Council of 850 people aged 11 to 25 also finds that they are more likely to buy from companies that show how they invest in local areas. Nearly three-quarters say they have engaged with one or more of these schemes.

The group believes that when a company makes money from young people it should give something back to communities, indicating a new moral and ethical compass that younger consumers use when interacting with brands.

“This shift is manifested by the consolidation of a new set of values, for instance these young people are in no doubt that it is wrong to apply different workplace ethics to the developing world.”

More than 80 per cent of those surveyed believe it is important that brands support the community and give to good causes. The same proportion would be more likely to be a customer of a company that supports community projects.

However, 92 per cent of respondents agree that it is a good thing as companies should play a more responsible role in society.

Orange says: “It’s not surprising that young people know about corporate responsibility, they have been more engaged with it than any generation before them. What is surprising is that they are happy to acknowledge that community engagement influences their behaviour as a consumer.”

However, 35 per cent are sceptical about the value of the schemes and agree that a company only invests in communities to improve its image; 12 per cent strongly agree with this statement.

The Sainsbury’s Active Kids scheme’s brand ambassadors are David Beckham and Paralympic athlete Ellie Simmonds, and since its launch in 2005 it has donated more than 4.9 million activities, sports and cooking equipment to 50,000 groups.

Although O2 is not in the top 10 list of the companies with a good corporate reputation, its entrepreneurship scheme Think Big does stand out with this group, with 44 per cent saying they are aware of the scheme. It gives 13- to 25-year olds a chance to apply for £300, support and training to kickstart a project to improve their community and also partner with other companies to help people gain entrepreneurial and digital skills to equip them for work.

The brand aims to help 1 million young people get skills for life by 2015 and at present has 250,000 people participating in the scheme. It is also supporting more than 2,800 ‘big ideas’ (see marketers’ response).

Bill Eyres, head of corporate social responsibility at O2, says: “It is a genuine partnership between O2 and a charity to create something different and new for young people.”

It is also evident that young people do not like community investment to be used as a device to overcome a poor corporate image. The McDonald’s football coaching scheme for example scores less in terms of value because of the negative image this group of people has of the brand overall, according to this research. It is seventh on the list of companies with a poor reputation.

According to the study, the assumption that young people do not watch or are unaffected by business news is false. Many say they would not buy from a company that has been the subject of a scandal, for example Starbucks’ tax affairs or the BP oil spillage.
However, Starbucks UK vice-president for marketing and category Ian Cranna points out that it works specifically with young people and has a partnership with the Prince’s Trust.

James Cathcart, chief executive officer at the British Youth Council, says that the young may not follow businesses in depth but often pick up information about companies. He says: “News is interwoven with other interests on the internet. Young people are attuned to a greater extent than before in the multi-digital age. Every young person might know a little about everything.”

Social media plays a part in this awareness as more consumers use the networks to spread both good and bad comments about brands, services and their experiences with them.

Cranna says: “The millennial generation are the most prolific users of social media, and these channels give young people the chance to express their opinions about brands to their peers, which influences which brands they support. Engaging with our customers online allows us to continue conversations started in-store and further share our commitment to being a responsible business.”

The research shows that the internet and social media most influence the opinions of young people on corporate responsibility, followed by television and newspapers.

Orange at the Good Research Partnership adds: “What is interesting is how social media has increased young people’s appetite for news. It has become integrated into social media conversations, it has become part of the currency of the medium so young people are interacting with news in a more proactive way than before and they dictate what news is shared by taking ownership of it. No wonder they feel more empowered to influence corporate reputations.”

Getting the marketing right is also important. Community investment is perceived as a force for good when it is executed with integrity and modesty. Over 81 per cent agree with the statement: ‘It doesn’t matter if companies talk about schemes in their advertising as long as they are genuinely making a difference.’

But getting the balance right can be difficult for businesses. Orange says: “Communicating a corporate responsibility scheme requires a balance between ensuring it has enough publicity to be picked up and blowing its own trumpet. Young people can be put off by a brand over-communicating its corporate responsibility scheme and also using it to cover up negative aspects of the business.”

We know from our presence in universities and colleges that young consumers are passionate that the brands they choose behave in an ethical way. We believe that having ethical values at the core of our business is not only the right thing to do, but it’s good business too.

One of our guiding principles is to take our responsibility to be good neighbours seriously and to be a catalyst for positive action, bringing together our partners (employees), customers, and communities to make a positive contribution. As more than half of Starbucks partners in the UK are under 24 years old and we have a loyal young customer base, it seemed right to help young people in the UK through both our partnerships with the Prince’s Trust and UK Youth. 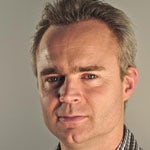 Young people grow up with a bigger awareness of sustainability issues and naturally want to know what the companies that they buy from are doing. In addition, the growth of social media has increased the degree to which word of mouth travels, in terms of what companies are doing.

The core of Think Big is about supporting and empowering young people. The strap line is ‘Start small think big’, so it is really about helping young people get entrepreneurial and digital skills that equip them for the world of work.

The big shift we have had is getting other brands to engage, with Spotify, Channel 4 and other companies coming on board. We realised that with 1 million young people unemployed in the UK, we needed to galvanise other businesses too. 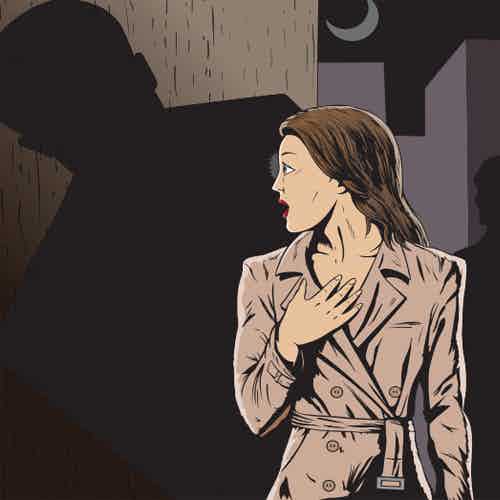 Marketers have a range of targeting tools at their disposal, but while these techniques offer great potential there’s a risk of reputation damage unless they are employed with caution.