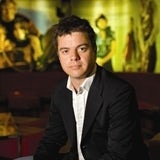 Simons, a former LWT television sales executive, is the son of Paul Simons, the chief executive of CST holding company Cagney. A group spokeswoman says the appointment is not nepotism. “He was honestly the best man for the job,” she says. Simons himself says he has been considering his “development” for some time and felt it was an opportunity to take on a leadership role.

Simons worked with clients that included British Airways, Thomas Pink, Lastminute.com, Halfords and Qantas during his eight years at M&C. He joined from RPM3 after three years in sales at LWT. Simons takes up his post in September.