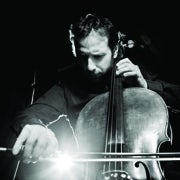 Brands without a previous association with the arts have an opportunity to extend their sponsorship activity as Britain’s cultural community seeks a solution to lower levels of funding.

ith the arts facing government funding cuts of up to £100m over the next four years, cultural organisations are turning to the private sector to plug the gap. But before brands rush to fill their CSR quota by jumping on the arts bandwagon, they will need to demonstrate their business is a good fit with the event or organisation they wish to support.

“The cut in state funding will need to be filled by a different source of revenue,” confirms Marc Sands, director of audiences and media at the Tate, which is 40% publicly funded and has had its level of support slashed by 15%.

“The Tate has a fairly sophisticated development group, which raises the funds that allow us to put on shows. We are cranking that up and developing it.

“If you compare the latest Tate exhibition poster with one from 10 years ago, you’ll see many more companies represented by a brand logo. Generally you look for a fit between the content you’re dealing with and where or how the sponsor operates,” he says.

For banks, sponsorship allows them to enhance their community credentials, according to Colin Tweedy, chief executive of partnerships firm Arts & Business. “For high street banking brands, it’s about investing in the community – being seen as a good corporate citizen,” he says. “HSBC supported last year’s Brazil Festival at the Southbank Centre and China Design Now at the V&A. That’s seen as in line with its internal marketing and external policies.”

Frances Brindle, director of strategic communications and marketing at the British Library, thinks this is the reason that partnerships with its Business and Intellectual Property Centre will prove popular.

“The Business and IP Centre supports small businesses and the banks are very focused on showing that they are willing to lend to and support those enterprises. Demonstrating value to their customers and users is important to them.”

Jane Powell, head of brand and advertising at international and private bank Barclays Wealth, agrees. “Our sponsorships programme focuses on partnering with cultural and arts organisations that are aligned with our brand values of thought-leadership, vision, innovation and empathy. These partnerships allow us to build relationships with our clients and so we look for opportunities that will inspire and excite,” she explains.

However, since the recession, the banking sector in particular has had to focus on return on investment to ensure it is not seen to be profligate by the public or its shareholders.

Financial services brands may still be the biggest investors in the arts, but the value of their support has fallen over the past three years, which has forced arts organisations to open up to a more varied set of brands.

FMCG brands, for example, had been few and far between in the arts world. One notable exception is Beck’s beer, which has long supported cutting-edge art and has commissioned Brit art star Damien Hirst to design labels and glasses for the brand.
This year, it has jumped back into contemporary arts sponsorship, which Tweedy at Arts & Business describes as “a great deal for the brand”. He adds: “Beck’s beer is being served in bottles rather than glasses and the whole of the trendy art scene is being photographed holding a bottle. By providing beer for free at an exhibition opening, it is aligning the brand directly with cutting-edge culture.”

Sands at the Tate agrees that there is room for a wider range of sponsor brands. “The world of art has crossed over from the fringes to the mainstream. Mainstream companies such as Audi and Mini are now involved and I see no reason why more FMCG brands shouldn’t join them,” he says.

FMCG brands are often associated with sporting events, Tweedy points out. He adds: “FMCG brands can be involved in the arts but it’s got to be the right product. Liqueur brand Cointreau’s sponsorship of the opera The Love for Three Oranges was a natural fit. If it raises a smile and is seen as a clever mix, then it can work. But the brands that are comfortably associated with culture and creativity more often come from the financial services, IT and telecommunications sectors.”

The luxury sector is another group that has fostered a growing presence in the arts world. Louis Vuitton is supporting a series of exhibitions in London, Montblanc sponsors the Salzburg Festival, Prada has an online arts project on its website and Cartier is sponsoring Art Basel this year.

“All of my experience prior to getting this job was as a marketing director at a big corporate. I have a good insight into what the private sector companies we’re talking to want, the benefits they’re looking for, the sorts of things we can do to amplify any activity and help them to demonstrate a return on their investment,” says Brindle.

Arts organisations outside the capital should not be overlooked by brands wanting to raise their profile. Barclays Wealth says regional arts events are a key part of its sponsorship programme. “We have just extended our existing three-year partnership with the Birmingham Symphony Orchestra for a further three years. Barclays Wealth has a large regional presence and a history of supporting local organisations. This partnership is an opportunity to support an arts organisation with an international reputation and give something back to the community in Birmingham,” explains Powell.

However, not all partnerships run smoothly. BP has experienced widely publicised problems following the Gulf of Mexico disaster last year, with campaign groups such as Liberate Tate and Licence to Spill staging high-profile protests in a bid to end its partnership with the Tate.

But Sands says the relationship remains strong. “For all that’s been written about BP, it’s been an extraordinary sponsor of the arts. It’s sponsored the Tate for 21 years – that is an incredible commitment.”

While global companies dominate the main sponsor space, there are a variety of ways lower profile brands can involve themselves in the arts.

Acityabode, which rents out serviced apartments, has an in-kind sponsorship deal with the Welsh National Opera (WNO). As a relatively new Cardiff-based business, it was looking to raise its profile and develop new markets, which included targeting theatre audiences on city breaks.

Acityabode benefits from credits on the WNO website and in its programmes. It is also a founder member of WNO’s Sponsors’ Group – a corporate network that supports one production a year and benefits from networking with other WNO sponsors. For visitors planning a city break in Cardiff, Acityabode’s website also features performance listings for all productions.

In return, when WNO’s musical director needed accommodation in Cardiff the company provided him with a flexible long-term let. It also helps the organisation accommodate visiting production teams and artists.

With Arts & Business seeking a contribution of £1bn a year from commercial partners by 2015 – up from the £650m a year it currently receives – what can be viewed as a marriage of convenience could develop into a mutually beneficial long-term relationship for a wide variety of mainstream brands yet to dip their toe into the cultural quarter.

The London 2012 Cultural Olympiad is a four-year programme that includes national and local projects as part of a UK-wide cultural festival. The culmination of the Olympiad will be the London 2012 Festival on 21 June next year, which is billed as a chance for artists from around the world to celebrate the London Olympics through dance, music, theatre, the visual arts, film and digital innovation and leave a legacy for the arts in the UK.

The opportunities for commercial partners to support the programme are wide ranging. For example, the Tate is creating an animated film, sponsored by BP and in collaboration with CBBC, called The Movie Project.

Made by and for children across the UK, it uses artworks to inspire youngsters aged between five and 13 to contribute their ideas to an animated movie.

Marc Sands at the Tate says: “This has allowed thousands of children to approach art in a slightly different way.

“If you can engage a child in an artistic project, they’ll never forget that and they will at some point in their life come back to the arts. This part of the programme is helping create the market for the future.” 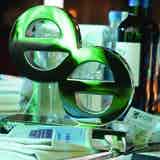 The great and good of the marketing world joined us at the Grosvenor House Hotel in London last Tuesday for the annual Marketing Week Engage Awards. What a night indeed! The atmosphere was electric from the start, fuelled by host Chris Evans, who ran a completely unprompted auction that raised more than £9,000 for the […] 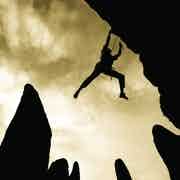 Just what must a brand do to be considered truly innovative? A report seen exclusively by Marketing Week provides six pointers. Innovation has become a buzzword that brands strive to achieve but can find difficult to define. But a new report shown exclusively to Marketing Week identifies six key things a brand must do to […]