The retailer’s biggest advertising campaign introduces the “We Start with You” positioning tonight (21 October). It serves as the strapline for the nationwide push although the company says it is more of a “manifesto” to bring to life the unique way its staff talk to consumers on a daily basis.

Classic game Guess Who serves as the inspiration for the AMB BBDO-created TV spot (see above). Set in a stylised store containing thousands of products, the ad shows the electrical goods being eliminated theatrically such as falling through trap doors and hoisted up by ropes until all that is left is the perfect product. Further films introduce a voiceover representing the expertise of the retailer’s staff, who ask the right questions to guide the customer to the right product.

The “We Start With You” concept is extended through radio, outdoor, a takeover of one of the Piccadilly lights alongside a cover wrap of the Metro later this week (24 October) and a two-month tie up with Sky from November. Digital will also be upped with the brand spending more to push its products into conversations around TV shows such as the Great British Bake Off.

It all amounts to “double” what most retailers will spend over the next seven weeks covering the key festive trading period. The outlay funds what Currys PC World’s owner Dixons Carphone has said will be a dramatic shift in marketing as it steps up efforts to expand following the combination of the Currys and PC World businesses in 2009.

Gary Booker, chief marketing officer at Currys PC World, says it is going for maximum exposure to convince more people to come in-store this Christmas rather than go online where they may not benefit from the same level of customer service. Booker was tasked with moulding a strategy that played to the strength of both Currys and PC World brands after joining the business from O2 in January.

“We’ve got lots of competitors but the majority of them are online and don’t have what we have. We have large stores with great range, availability and expertise of people who can help customers. Online, of course, continues to play a crucial part of our seamless multi-channel approach to customers, including services like Reserve & Collect. In the lead up to Christmas, and beyond, we will deliver engaging online content – great help and advice ensuring, ultimately, that however people decide to shop with us they will find the tech they need”, adds Booker

“We’ve had our eyes firmly on the customer but this is now our chance to bring to life the work our colleagues do in-store day in day out. We’re not a supermarket where people us visit once a week. Customers visit our stores or check us online less frequently and so it’s important we really invest massively in all how we’ve invested in customer services over the years.”

The scale and confident tone of Currys PC World’s campaign reaffirms Dixons Carphone’s commitment to the brand after it said it would consider the future of all its companies following the £3.8bn merger of Dixons Retail and Carphone Warehouse earlier this year.

Currys PC World has been on an upward trajectory in recent years, a contrast to the fate of rival Comet, which went into administration in 2012. Like-for-like sales from Currys and PC World stores rose 4 per cent in its latest quarter.

Booker adds: “Our business is growing very strongly. And the integration of the brands is going well. We wanted to reflect that success and put the customer back at the heart of our advertising. It’s a trite marketing phrase that a lot of people say. But we genuinely do because we’re face-to-face with customers on a daily basis.”

Currys PC World’s commitment to customer service is boosted in part by ongoing support for its KnowHow product care offering. It launched in 2011 and the business has since evolved it into an end-to-end service that also includes a Netflix-style movie streaming service. 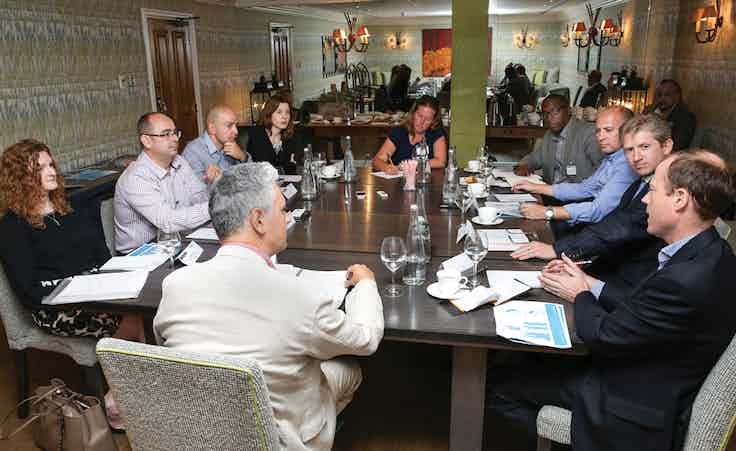 Our panel of experts discusses how new technologies and ideologies are changing the remit of marketing roles.