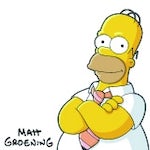 Domino’s Pizza was previously the long-running sponsor of the show.

However, Domino’s stepped down after questions were raised over whether the company’s product met new Ofcom regulations regarding programming watched by under 16s and associations with foods high in fat, salt and sugar. Ofcom eventually ruled the sponsorship was in breach of the regulations.

Currys, owned by consumer electronics retail group DSG. The group named John Allen as chairman elect to take over in September this year.

In January, DSG confirmed it would close 70 of its 170 Currys high street stores after posting a 10% fall in like-for-like sales drop for the 12 weeks to January 12.