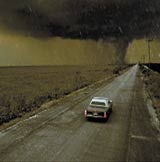 Cussons has folded Box’s position of UK marketing director into an overall sales and marketing role. This has been handed to former sales director Neill Craigie.

Craigie, who will hold the title of commercial director, will be responsible for marketing strategy and the development of Cussons’ brands, including the Imperial Leather bathroom range, Carex anti-bacterial soaps and Original Source bathing products.

The marketing team will now be headed by Chris Thompson, who has been promoted to the newly created role of head of marketing, from his position of UK marketing manager.

There will also be a new head of the sales team, with Mike Eardley promoted to the role of general sales manager from his former role of contracts controller.

Box has held the position of UK marketing director with Cussons since 1998, when he was recruited from his role of marketing manager at Nestlé. He has also had responsibility for international marketing at Cussons for nine months before returning to the UK role (MW March 28, 2002).

Box appointed BDH/TBWA to handle Cussons’ &£8m ad account in 1999 after the company left Bates UK. The agency has created a relaunch campaign for Original Source, which will break later this week. Media buying is through Mediaedge:CIA Manchester.