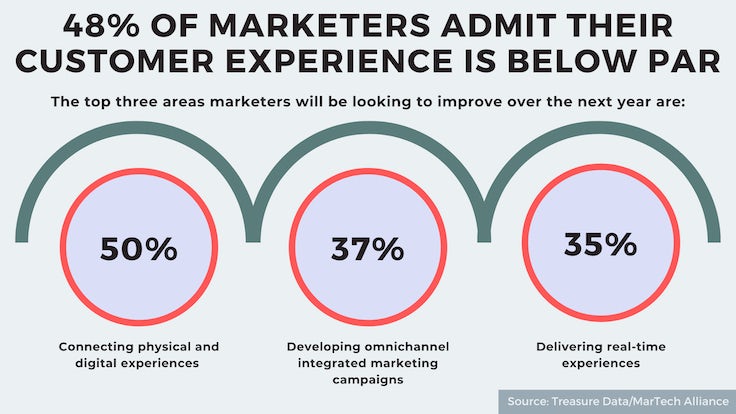 Half of marketers admit their customer experience is below par

Just under half (48%) of CMOs in the UK, France and Germany believe the customer experience their brand offers is not up to the standard consumers expect.

That’s despite 79% appreciating the value of delivering a solid customer experience, and 75% agreeing that customers expect a highly relevant, personalised and integrated messaging and experiences.

The biggest stumbling block, according to 53% of CMOs, is insufficient skills in data management, while 28% cited a lack of staff and resources and 17% raised concerns about stakeholder buy-in and approval.

The top three areas marketers will be looking to improve over the next year are connecting physical and digital experiences (50%), developing omnichannel integrated marketing campaigns (37%) and delivering real-time experiences (35%). 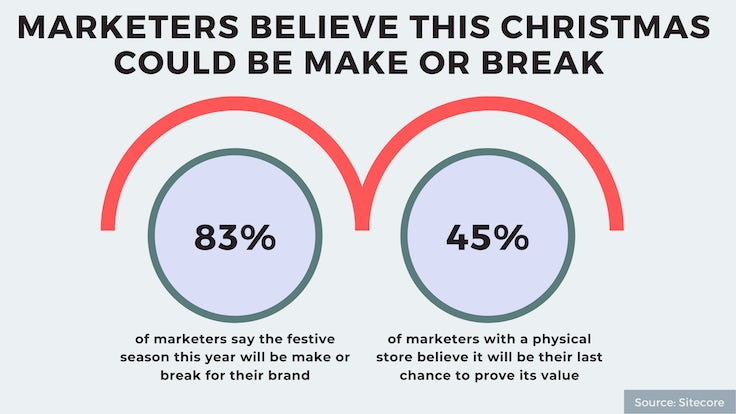 More than eight in 10 marketers (83%) say the festive season this year will be make or break for their brand, while 45% of those with a physical store presence believe this Christmas will be the last chance to prove its value.

But while the majority of shopping will be done towards the end of the year, 28% of consumers say they are planning to buy gifts before the end of the summer. The most common reason for this is to take advantage of sale prices (46%), spread the cost (44%) and to avoid the crowds (42%).

More than two-thirds of marketers are planning Black Friday promotions this year, but its popularity could be waning as 33% believe it is synonymous with mass consumerism and is becoming outdated.

Men saved twice as much as women last year 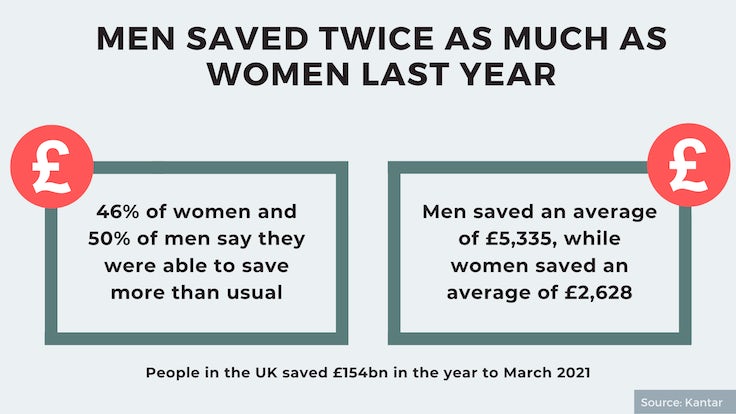 People in the UK saved £154bn in the year to March 2021, but men were able to save more than double that of women.

While 46% of women and 50% of men say they were able to save more than usual during the pandemic as a result of lockdowns and reduced commuting costs, women saved £50bn less than men.

Men saved an average of £5,335 over the 12 months to March, while women saved £2,628. This reflects men’s higher average salaries, their increased likelihood to stay in work and the added pressure Covid put on household spending, much of which was shouldered by women.

Women under 35 who earn less than £30,000 were least likely to be able to save, with one in six women in this category finding their ability to save seriously impacted.

Fewer than one in 20 of all respondents have invested the extra money they saved, with women less likely to do so. Just over a quarter (26%) of women describe themselves as investors, compared to 37% of men. Low confidence is one of the main barriers for women, with a third saying they don’t invest because they don’t know enough about it. This rises to 44% for millennial women. 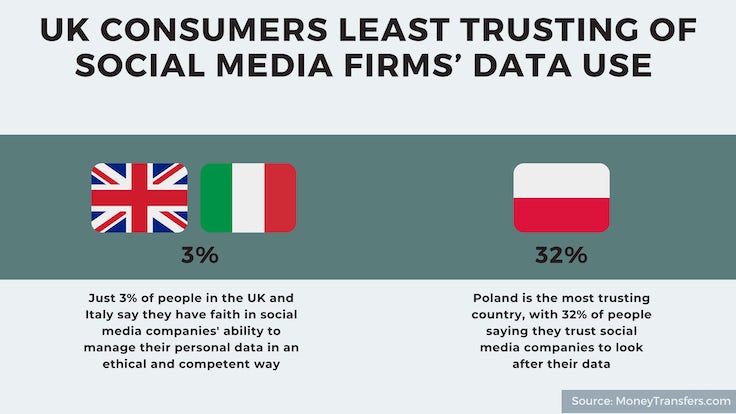 Just 3% of people in the UK say they have faith in social media companies’ ability to manage their personal data in an ethical and competent way.  Italians are equally sceptical (3%), making both nations least likely to trust social media firms.

At the other end of the spectrum, Poland is the most trusting country, with 32% of people saying they trust social media companies to look after their data.

Poland is significantly higher than the rest of the top five countries, with at least half the number of people from India (16%), Germany and Indonesia (both 12%), and the United Arab Emirates (11%) trusting social media businesses with their personal data.

In China, the figure drops to 8%, while just 7% of Mexicans trust social firms with their data. People in Spain, Australia and Hong Kong are on 6%, while in the US, France, Denmark, Sweden and Singapore the figure is 4%.

Climate change is a key concern for children 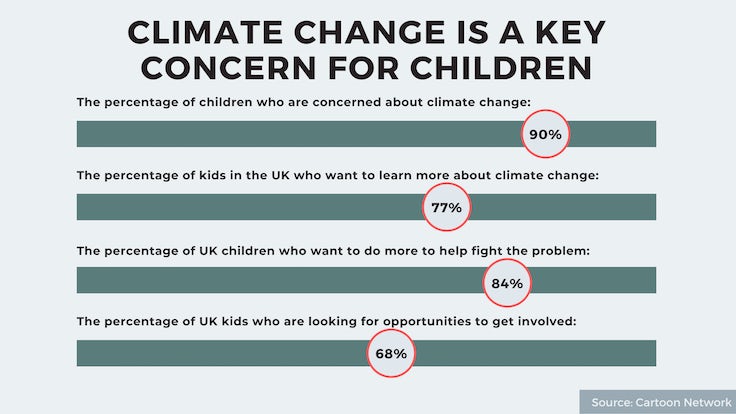 The vast majority (90%) of children aged six to 12 say they are concerned about climate change, citing worry, fear and sadness as their most common feelings.

The study was conducted across 13 countries. Looking specifically at the UK, 77% of kids say they want to learn more about climate change, while 84% want to do more to help fight the problem and 68% want to proactively look for opportunities to get involved.

More than half (56%) want Cartoon Network to help them fight climate change. 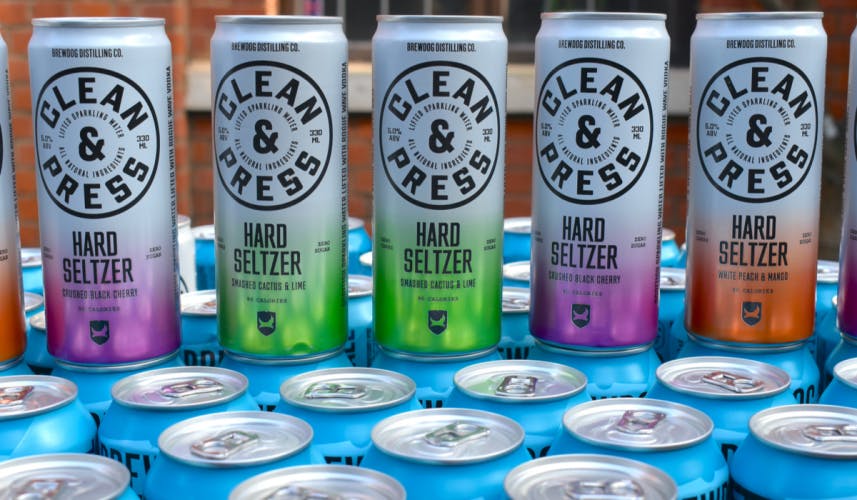 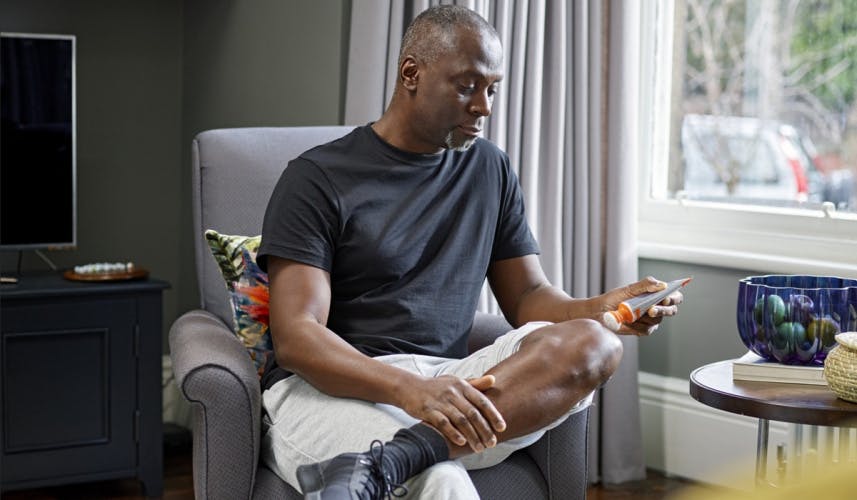