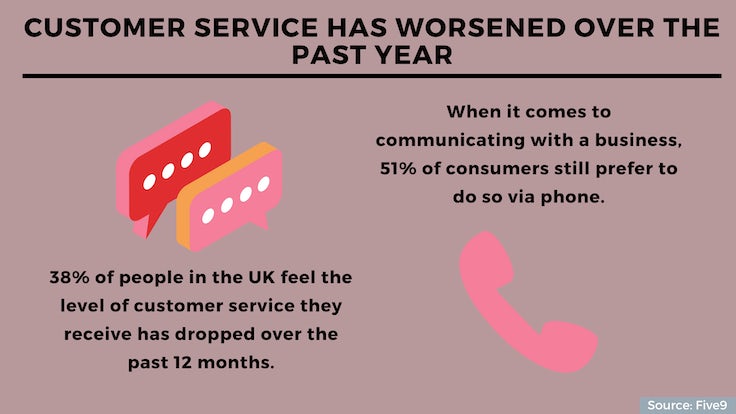 Customer service has worsened over the past year

More than a third (38%) of people in the UK feel the level of customer service they receive has dropped over the past 12 months.

Nearly half (44%) of consumers say they would be unwilling to shop with a business again after a poor experience, and 39% have stopped using a brand they were previously loyal to over the past year, with retail and consumer products (both 28%) and financial services (15%) the most impacted.

When it comes to communicating with a business, the highest proportion of consumers (51%) still prefer to do so via phone. If the issue is urgent or sensitive this figure rises to 68%. However, 26% of UK consumers say they are more willing to use social media platforms for customer service than they were a year ago.

While 40% say they are already using virtual agents to communicate where available, a further 18% say although they haven’t used a virtual agent yet, they would be willing to do so.

UK consumers are not ready to communicate with customer services professionals via video call though, with 42% saying they would prefer not to communicate this way.

Marketers would take a pay cut to work from home 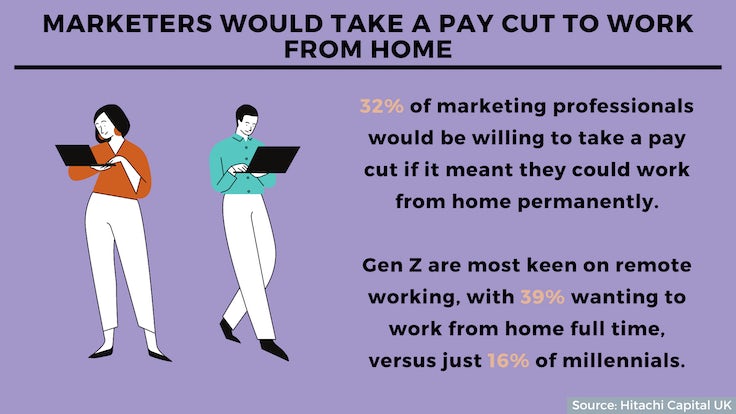 Nearly a third (32%) of marketing professionals would be willing to take a pay cut if it meant they could work from home permanently.

Just 8% of marketers say they want to return to their desks full time.

Looking across all industries, Gen Z are most keen on remote working, with 39% wanting to work from home full time, versus just 16% of millennials.

Millennials are most likely to consider taking a pay cut (35%), followed by over-55s (25%) and those aged 45 to 54 (24%), if it improved flexibility and the reduction was less than their usual travel spend. 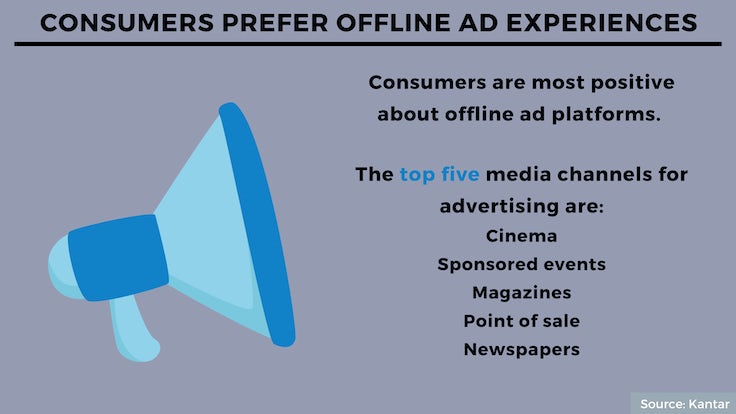 Consumers are most positive about offline ad platforms, with cinema, sponsored events, magazines, point of sale and newspapers the top five media channels for advertising. This is despite the prevalence of digital platforms in consumers’ lives. 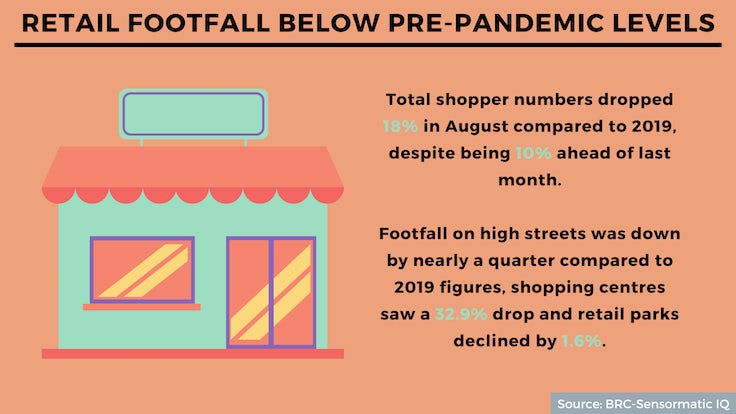 Changing consumer behaviour has resulted in retail footfall remaining below pre-pandemic levels, according to the latest figures from the BRC-Sensormatic IQ Footfall Monitor.

To reflect store closures in 2020, figures have been compared to 2019 to give Yo2Y figures. They show an 18% decrease in total shopper numbers in August (Yo2Y), despite being 10% ahead of last month.

Footfall on high streets was down by nearly a quarter compared to 2019 figures, and shopping centres saw a 32.9% drop. Retail parks fared better with just a 1.6% decline. These measures also saw a month-on-month increase.

“August footfall was a tentative step in the right direction,” says British Retail Consortium (BRC) chief executive Helen Dickinson. “There were minor improvements with the return of some workers to the office and domestic tourism through August.

“However, overall footfall remained significantly down compared to the pre-pandemic peak.”

Most advertisers unable to maximise use of first-party data 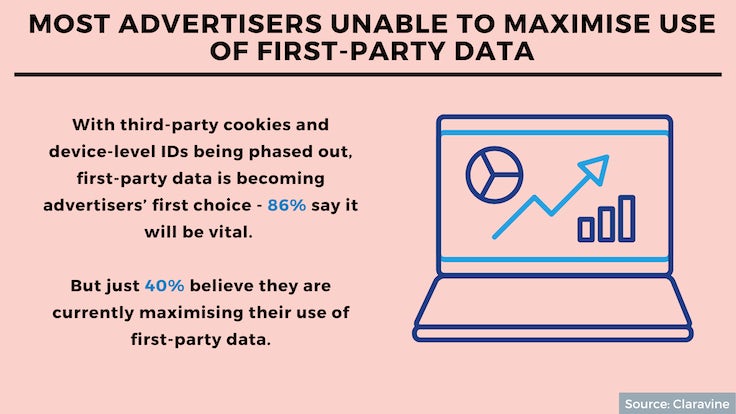 With third-party cookies and device-level IDs being phased out, first-party data is becoming advertisers’ first choice, with 86% saying it will be vital. But just 40% believe they are currently maximising their use of first-party data.

The vast majority (83%) of brands say they will be more reliant on first-party data, but 38% are not sure they have the right technology in place to categorise their data with metadata.

Just over half (53%) of advertisers say having a marketing data taxonomy will be vital after Apple and Google introduce changes. 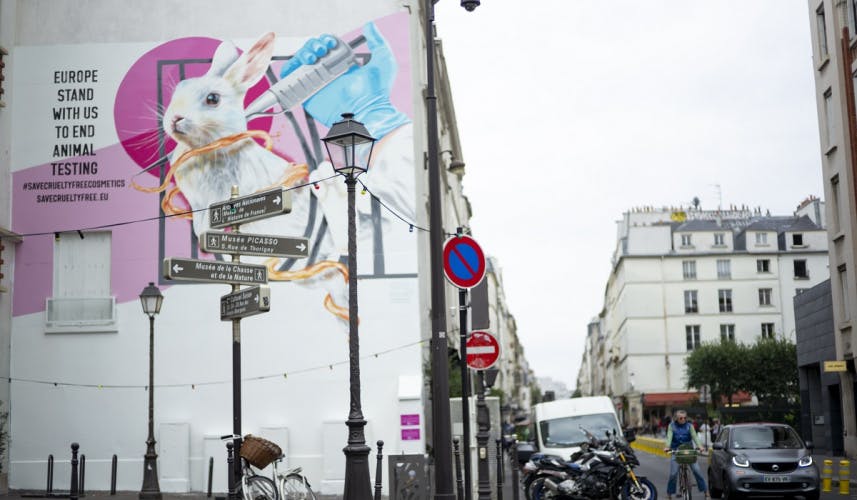 Beauty giants Dove and The Body Shop believe the power of rivals joining forces should not be underestimated as they unite to take on the EU over animal testing.