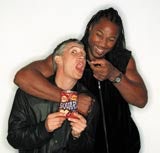 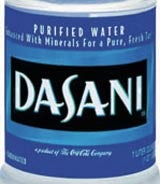 The issues of obesity and responsible drinking have caused many a marketer a headache during 2004 as regulators took steps to restrict the advertising of “junk” food, soft drinks and alcohol.

It was obvious that as soon as the health lobby won the battle to ban tobacco advertising, their attention would move to other so-called vices. Pressure has come to bear on the alcohol industry and new advertising rules have been agreed that prevent the use of celebrities and sex in alcoholic drinks ads.

The food industry has also been given a deadline to get its act together and stop promoting and advertising food and drinks laden with salt, sugar and fat to children. Using methods such as celebrity endorsement is also off the cards. If the industry fails to bring change from within, the Government will take steps to introduce a formal ban on advertising these products to children, as it made clear in its Health White Paper, Choosing Health. The paper also proposes a partial ban on smoking in public places, putting the pub sector under pressure.

For advertisers, the regulatory system is only likely to become more strict and many will be wondering what new sectors are likely to come under fire in 2005.

Royal Mail announces plans to halve the jobs in its marketing department as part of a group-wide shake-up. Paul Rich is given the marketing director’s post, only to have it taken away in a further shake-up later in the year.

Britvic Soft Drinks ditches its troubled new brand Tango Strange Soda. The brand began life as Freekin Soda but the name was pulled before launch and replaced with Freekee Soda; it was later given the Tango moniker. The lads’ magazines sector is given a new burst of life with the launch of two weeklies. IPC Media’s Nuts beats EMAP’s Zoo in the fight for sales.

Top Argos marketer Paul Geddes is poached by Royal Bank of Scotland to oversee marketing for the RBS and National Westminster Bank brands. His former boss at Argos, Kate Swann, has little time to settle in to her new job as chief executive of troubled WH Smith before she drops chief marketer Muriel Stirling and begins fighting off a takeover bid.

Ford of Britain marketing director Peter Fleet is moved to become head of sales of commercial vehicles across Europe, and is replaced by Stephen Hood, director of dealer operations.

Merger talks between Channel 4 and Five begin, only for them to be ditched in November after BBC marketing chief Andy Duncan takes over as chief executive of Channel 4.

An anonymous “hoax” e-mail circulating the ad industry claims that Grey London chief executive Garry Lace is to leave the agency and team up with Air Miles managing director Drew Thomson to set up a rival to the travel company. A month later the two leave their jobs after being unable to secure a deal to buy Air Miles from British Airways.

Nestlé Rowntree managing director Chris White claims the business has “lost its focus” and says brands such as Kit Kat are declining in sales. The company later retires Kit Kat’s “Have a Break” strapline after a 47-year stint.

Chartered Institute of Marketing chief executive Peter Fisk resigns after only 13 months in the role and the organisation later loses its charitable status.

The obesity issue forces McDonald’s to rethink its menu and include healthier items such as a Quorn burger and a range of salads.

Camelot surprises commentators with a sales up-turn, with sales up one per cent on the previous year. But it is not all good news for the lottery operator: it was forced to pay out after a legal battle with rival InterLotto over the name “Hotpicks”, and had to ditch its “Be Lucky” strapline following an ambush campaign by Littlewoods.

Johnny Vaughan takes veteran DJ Chris Tarrant’s seat as the breakfast show presenter on 95.8 Capital FM. It marks the end of a 17-year run for Tarrant.

The Sun parts company with marketing director Belinda Furneaux-Harris after only seven months. She is replaced by Roland Agambar, who returns to the red top from Express Newspapers.

Pizza Hut appoints former Safeway marketing director Martin Pugh as marketing chief. He was one of a number of marketers whose jobs were put on the line when Wm Morrison acquired Safeway.

A clear-out at Orange sees the departure of many senior marketers including vice-president of brand marketing Jeremy Dale.

WPP Group triumphs in the keenly contested battle for HSBC’s global advertising business, dealing a crushing blow to incumbent Lowe, which is forced to make redundancies.

Wilkinson Sword poaches McVitie’s marketer Colin Hutchison to become its European vice-president, before teaming up with shaving accessory company King of Shaves in a marketing alliance.

Marks &amp; Spencer hires a new management team – chief executive Stuart Rose and marketing director Steven Sharp – before successfully defending a takeover by Philip Green. The billionaire then takes the battle to the high street and hires ad agencies for Dorothy Perkins and Bhs to boost his marketing firepower.

BSkyB, under the new management of James Murdoch, launches its own free-to-air satellite offer, rivalling Freeview. It also embarks on a major marketing push for its pay services. Nick Milligan is poached from Five to head BSkyB’s media sales.

Emirates parts company with Chelsea and signs a deal with rival Arsenal to sponsor its new stadium and the team’s shirts. After years of resistance, Grey Global finally responds to market forces by putting itself up for sale for $1.3bn (£678m) and agrees a deal with WPP in September.

Conservative Party marketing director Will Harris resigns after nine months in the job.

Kraft Foods steals a march on Nestlé with the launch of a fair-trade version of Kenco.

The Barclay brothers take over Telegraph Newspapers, later slicing off a layer of senior management, including marketing director Mark Dixon.

Vodafone re-signs England captain David Beckham as the face of its global advertising, despite allegations of extramarital affairs.

United Biscuits UK managing director Will Carter resigns. It is understood to be due to a dispute with non-executive chairman David Fish over the company’s direction.

Redundancies hit Unilever, with estimates of up to ten per cent of marketing staff likely to lose their jobs, just months after chairman Niall FitzGerald, architect of the company’s Path to Growth strategy, retired in February.

British Gas announces a 12.4 per cent hike in the residential price of gas and a 9.4 per cent increase for electricity, indicating that the era of cheap energy is over.

The Automobile Association dramatically sacks much of its senior management, including AA Financial Services managing director Clare Salmon and AA marketing director Emma Kenny after venture capitalists take control of the company. Salmon quickly finds another job as ITV marketing director, a post that had been left vacant when Jim Hytner moved to Barclays to head its marketing in place of Simon Gulliford.

The women’s magazine market hots up as Condé Nast plots a new monthly – Easy Living – and EMAP acquires the licence to publish a UK version of Italian weekly Grazia from next year. Capital Radio Group, owner of 95.8 Capital FM, and GWR Group, the owner of Classic FM, announce plans to merge.

ITV launches the ITV3 channel with films and repeats of key dramas and soaps previously shown on ITV1.

The Department of Health’s Choosing Health White Paper makes it clear that unless the food and drinks industry takes steps to restrict the promotion and advertising of foods high in salt, fat and sugar to children, a ban on advertising these products on television will be introduced before 9pm.

The biggest media pitch across Europe finally comes to a conclusion with Unilever ending its long-term relationship with Initiative and appointing MindShare to its £680m European media buying account.

Sales promotion guru and founder of marketing company Triangle Group, Kevin Twittey, steps down from the agency after 30 years.

…And comes up with a code that restricts alcohol advertising in an attempt to curb binge drinking. It will be left to the ASA’s Broadcast Committee of Advertising Practice to interpret the code, which comes into force on January 1.

New BBC director-general Mark Thompson unveils plans to get the organisation in shape for the renewal of the Royal Charter. Its marketing, communications and audiences departments will lose 119 jobs.

Allied Domecq chief marketing officer Kim Manley is suspended and an investigation launched into his “personal conduct” and his “relationship with suppliers”. He is not expected to be reinstated.

Associated Newspapers launches Standard Lite, a free version of the Evening Standard as it prepares to defend its hold on the London market in the face of a proposed free newspaper launch in the capital from Richard Desmond’s Express Newspapers.

This week, vendors have begun handing out 50,000 copies a day of Standard Lite. So does Associated’s new freesheet signal twilight for the paid-for Evening Standard? Branwell Johnson reports

Unilever’s Sure for Men deodorant brand is to sponsor the British & Irish Lions tour to New Zealand next year.

Alberto Culver is launching a five-strong range of hair styling products aimed at women, called Air Style, under its VO5 brand. The range, to be launched next spring, will be supported with a print campaign.