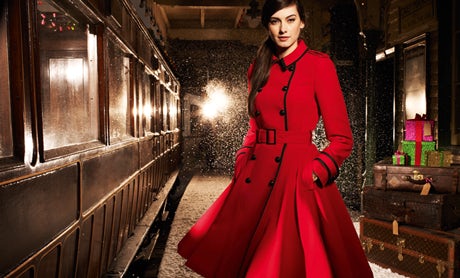 “When we asked our customers what they would consider switching supermarkets for, children’s clothing was the top non-food category,” says Morrisons commercial director of clothing Tim Bettley. And so the supermarket is launching Nutmeg, its first clothing range, next month. In doing so, it will become the last of the big four supermarkets to have its own line of apparel.

This will open up a new battleground for supermarkets, Bettley says, speaking exclusively to Marketing Week ahead of the launch.

“In terms of the high street, it’s a very tough time but we have 11 million customers a week coming into our stores to buy their food, so there’s not a footfall issue. Customers are saying to us that as part of their daily food shop they want to be able to buy children’s clothing, so there’s an open door in terms of customer demand.”

Nutmeg will be available in 100 Morrisons stores, with childrenswear also being sold in Morrisons’ Kiddicare stores.

Bettley realises it will be a challenge to compete with other supermarket ranges but emphasises that the Morrisons line, which uses the slogan ‘Designed for life’, is aiming to offer shoppers something new.

“We want to do something different and better than everyone else,” he says. “Everything is about putting the customer first, so we have thought about their busy lives and customers have told us about the things they need from their clothing”.

The Nutmeg range focuses on ages 0-12, along with a smaller range of adult essentials to which it will add. It has been designed with ease in mind, including features such as poppers rather than buttons and expandable waistbands.

A key competitor for Morrisons is Asda, the first supermarket to enter the clothing market with its George range. Andrew Moore, chief merchandising officer of George and general merchandise, says the supermarket’s seasonal campaigns are “making a difference to the bottom line”. The label is a sponsor of Graduate Fashion Week and runs its own style blog.

“George is a fashion brand in its own right that just happens to be sold in a supermarket. It was established over 22 years ago on three values: quality, style and value, and we remain as true to those today as we did when we launched.”

Asda announced last week that it will roll out George.com into Europe this month as it looks to extend the online fashion brand into 24 countries. The range is currently sold at 560 stores across the UK and is also in seven countries, including Canada, Brazil, Chile, Argentina, Japan and the US – either online or through franchises. George at Asda’s Moda range changes seasonally like a fashion brand and the supermarket creates new lines following feedback from customers.

At the other end of the scale, high-end own-label brands are also doing well. Somerset by Alice Temperley became the fastest-selling label in John Lewis’s history when it launched last year and it has just released its second collection. The range – an exclusive collaboration between the two brands – took 11 times the weekly sales usually seen for a brand launch in just one day and hit its weekly sales target by mid-afternoon.

John Lewis head of marketing for fashion Rachel Swift says: “It’s important that we remind customers that this is an ongoing collaboration with Alice and that we will continue to add to the collection in the coming seasons.” The collection is available online and in all 30 John Lewis department stores.

The ease of access to fashion that supermarkets offer is different to what department store brands offer. It is less about the ease of shopping for multiple products in one store and more about what the in-house clothing range offers as a brand.

Premium in-house department store brands allow consumers who want to own higher-end items the ability to access upmarket fashion and products through new ranges and tie-ups with designers. It is expected that this sector will account for 43 per cent of total expenditure by 2017, according to Verdict. This will equate to almost £1bn over the next five years.

Verdict suggests that alongside strong performances from luxury department stores, mid-market stores are doing well from their premium and luxury ranges. Over the past five years, both John Lewis and House of Fraser have taken a premium stance while Debenhams has ramped up its Designers at Debenhams ranges in clothing and homeware.

Verdict retail analyst Kate Ormrod says: “There continues to be significant new additions to department stores’ own label ranges, as retailers exploit the benefits of selling their own collections.”

Debenhams own-label brands are a key part of its business – half of the products sold are exclusive to the department store. The Designers at Debenhams concept is in its 20th year. It has more than 20 designers with ranges across fashion and home, and launches its spring TV campaign this week.

In the past year, Debenhams launched four brands as part of Designers at Debenhams: Marios Schwab for Edition, No. 1 by Jenny Packham, Ashley Thomas at Home, and Donna & Markus by Donna Air and Markus Lupfer.

The department store says that H! by Henry Holland is one of its most successful ranges. Since launching and appearing in its Life Made Fabulous brand campaign, the range has gone from 60 to 140 stores aiming to target a younger, more casual and fashion-forward consumer.

Richard Cristofoli, marketing director at Debenhams, says: “In the last two years, we have made a significant investment into the Life Made Fabulous marketing campaign, which not only reinforces existing brands but also highlights new designer launches.”

However, Cristofoli still believes there are challenges ahead. “Consumers have acclimatised to the current market but there is definitely still a lack in confidence. We do not expect to see a change in this type of consumer behaviour any time soon and the market will continue to be challenging for the foreseeable future.”

Despite this, Debenhams’ own-label brands are a key part of its business. Cristofoli says: “Our own brands are key in the success of Debenhams in recent years and the Designers at Debenhams offering is now worth over £500m each year.”

She adds: “Investment of this nature is necessary to ensure customers perceive own brands as something worth paying extra for.

In the context of rising prices, it will enhance the perceptions of products that might otherwise be seen as generic and lacking in identity.”

Morrisons has taken its time in catching up with the other supermarkets and although the brand is “essentially in the food business”, having a clothing offering is now part of being a supermarket. Bettley adds it is an exciting time as his team is building something in a time when other businesses are cutting back.

However, in order for the supermarket and department store in-house fashion ranges to compete with other retailers on the high street, a consistent investment will need to be made, especially at a time when brands are all vying for consumers’ attention.

The research suggests that shoppers trade down from other stores in a bid to control their spending and avoid higher prices elsewhere. An average price per fashion item in supermarkets is £4.21 compared with £9.95 for the sector as a whole.

Kantar Worldpanel analyst Charlotte Snelgrove says: “Supermarkets have been a key place for shoppers to go for essentials, but in order to continue their strong performance they should reposition themselves as destination fashion retailers by getting shoppers to trade up to more pricey items.”

Two trends in the market are highlighted in the study: perceived value compared with pure value, which involves vouchers and discounts, and the effect on consumer perception of the quality of the clothing.

This relates to long-term trends. The study shows that shoppers have been reducing the number of items bought per trip, and instead are looking for quality items to invest in.

Snelgrove adds: “This is important as items bought at full price are driving growth in total market at 4 per cent. While discounting is an effective method of gaining shoppers for expensive retailers, this shouldn’t be a main strategy for value retailers, where prices should be always affordable to all consumers.” 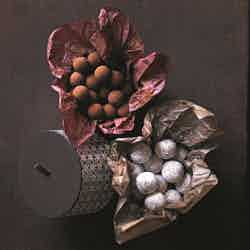 When Mother’s Day falls so soon after Valentine’s Day, gift buying slows down and retailers need to drive value with alternative thinking. 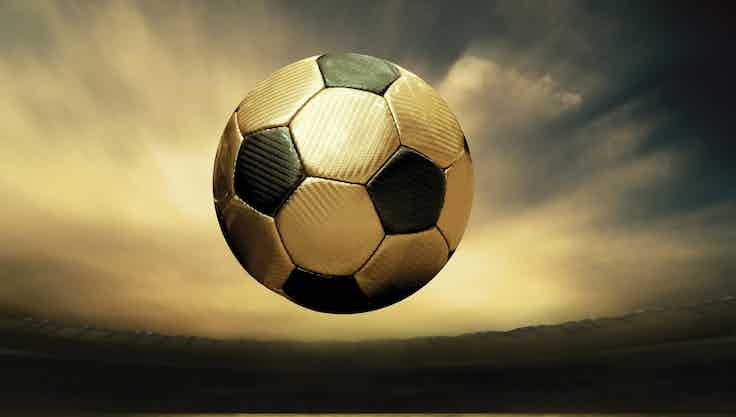 Football is being shown the red card from fans and pundits for its on and off-pitch performance. Sponsors and clubs must offer more sophisticated engagement opportunities to score positive attention – and help the sport clean up its act.