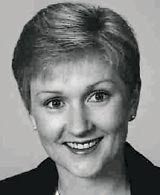 GM Daewoo has promoted its managing director of Nordic and Ireland regional business Patricia Messar to European director of brand and marketing.

She replaces Janet Eckhoff, who returned to General Motors’ US headquarters in February (MW February 20). Last year, Eckhoff oversaw the reappointment of DFGW as the company’s lead creative agency for Europe and the UK (MW October 24, 2002).

Messar will report to Hardy Spranger, executive in charge, GM Daewoo Europe. She will be responsible for shaping the marketing and advertising strategy for Daewoo across the continent, including the UK.

In February, Rob Smettem was poached from Jaguar to become Daewoo’s first UK marketing director for two years. He will indirectly report to Messar.

The Daewoo marque is attempting to re-establish itself after severe financial troubles forced the South Korean car manufacturer into administration last year. Following the takeover by General Motors, GM Daewoo ditched its previous direct selling model and is rebuilding its distribution through dealers.

The manufacturer has also redesigned its corporate identity to bring it into line with the GM stable, which includes the Opel, Vauxhall and Saab brands in Europe.