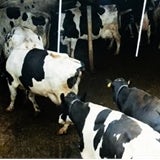 Dairy Farmers of Britain (DFB), the farmers’ co-operative, is seeking an advertising agency to launch a branded product.

It is understood that the pitch, handled by Agency Insights, is at a very early stage, and about six undisclosed agencies have been contacted about the project.

The review is expected to be overseen by the DFB’s marketing director Michael Cohen, who joined from the Premier Foods-owned Quorn brand earlier this year.

The project is thought to be for a low-fat probiotic yoghurt drink aimed at teenagers and called Wotz In It 4 Me (WII4M), which was launched last week. It is currently available in schools in the North-east and North Yorkshire, and will be rolled out nationally later this year.

DFB has been increasing its focus on branded goods over recent months. It is said to be keen to win share from branded and supermarket own-label products.

The co-operative also has a range of branded cheeses such as Somerset Brie and the Farmers Best range, and also produces “localised” products such as Definitely Cheshire Milk. The co-operative was set in 2002 to provide its members with a sustainable milk price and a platform for the growth and development of farming businesses. It was formed by the merger of co-operatives The Milk Group and Zenith Milk.