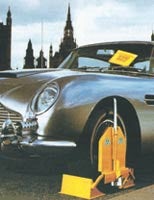 The Driver and Vehicle Licensing Agency (DVLA) has appointed D’Arcy and MediaVest to handle the advertising and media for its &£2.5m campaign to promote changes to the vehicle registration system. The two agencies acted together in the four-way pitch, through COI Communications.

The campaign, which is expected to break in late summer, will highlight the importance of the vehicle registration document V5. The campaign will target buyers of second-hand cars and the trade, warning them not to buy second-hand cars without the V5. It will explain to drivers that from November when they buy a car they will have to register it with the DVLA using the new V5 forms. At present, drivers fill in a V62 form, which will now be withdrawn.

The initiative is part of a programme of activity recommended by the Vehicle Crime Reduction Team.

The V5 forms will be available from Post Offices and form part of the DVLA’s plans to further computerise its registration system. The DVLA plans to print 18 million V5 forms a year. The DVLA was set up in 1990 as a section of the Department of Transport, Local Government and the Regions.