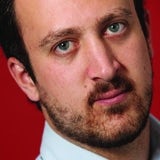 As O2 and ITV have shown this week, it is becoming crucial for businesses to consolidate their data in one manageable location in order to understand their markets and customers. But at the same time, the government’s Midata programme demonstrates a move towards more widely dispersed databases. That tension is only likely to grow in the short term.

The establishment of O2’s business intelligence division, as well as ITV’s new online data strategy, indicates the growing tendency of big companies to centralise their data streams. They recognise that their ability to identify who they want to target and shape their offerings accordingly depends on being able to sift through diverse data sources on customers, markets, products and so on, and see the patterns that emerge.

These decisions are investments in marketing capabilities that could come to define what makes a business competitive. There will undoubtedly be significant costs involved in the people and technology that are necessary to collect and process the data.

So the idea behind Midata (previously Mydata) would probably have come as a shock to some. The initiative, championed by business minister Ed Davey, has been exploring ways to get big companies to release customers’ personal data so that it can be put to uses that will benefit those customers.

Precisely how that will be done is not yet clear, and neither is the extent to which individual consumers will be able to claim ownership of or commercially exploit their own data. Most consumers are unlikely to have much direct use for it themselves – the real value in releasing it will be in the innovation it encourages among those who know how to use it. Applications that help mobile phone users identify their best tariff from their previous usage data is one potential example the government has highlighted.

Presumably the companies that have invested in collecting customer data and making it intelligible will want to see some financial gain from the whole arrangement, and many may be loathe to give up any intellectual property rights to it at all. But they should probably resist this protective impulse, because the tide is likely to keep flowing in the same direction. Better to be among the innovators and be first to find the killer app.

A given piece of data could be just as valuable, or even more so, if it is held in 100 different locations and put to 100 different applications, as if it is limited to just one. So eventually, once the great data release begins and useful applications start appearing, there is likely to be a clamour from consumers to have unlimited access to the information they give to companies, to be used in any way they think might be useful to them

Callcredit has already seen the writing on the wall and changed its business model entirely, essentially making its core service of consumer credit reports free for life under the Noddle brand. How long before all data businesses follow suit? 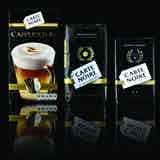 Carte Noire has launched its first television push since 2002 with an interactive spot on Channel 4’s on-demand platform, 4OD. The TV spot, which will premier tomorrow (5 November), features actors Joseph Fiennes, Dominic West and Greg Wise reading seductive passages from Penguin fiction while asking women, “How do you like your coffee?”. The campaign […] 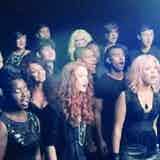 M&S has defended its commitment to investing in offering value and its brands despite reporting a fall in profit and its first drop in second quarter sales for two years. 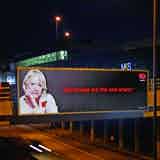 Ocean Outdoor will support The Royal British Legion’s Remembrance Day silences on 11 November by running an ad by the charity during the 2 minute silence at 11am tomorrow (11 November).