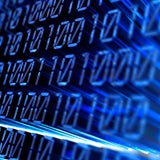 Under proposed data protection regulation unveiled today (25 January) by the European Commission (EC), companies will be required to gain consent before processing data of any kind.

It is no longer enough to assume consent through a consumer’s silence, the EC says, and instead a statement will be required or “affirmative action” on the part of the consumer.

If consent is offered, then companies will be required to inform customers “clearly, understandably and transparently” about how their data will be used.

The proposals also introduce a new “right to be forgotten” clause that allows consumers to insist that data collected online is deleted unless a company can demonstrate that “there is a legitimate reason to keep it”.

Direct and advertising associations have reacted angrily to the proposals, accusing the EC of stifling the industry’s ability to responsibly use data for marketing activity.

On “explicit consent”, the World Federation of Advertisers (WFA) argues that widening of the definition to include a greater number of data categories, “from the anonymous to the truly sensitive”, risks leaving consumers with “consent fatigue” increasing the likelihood that they would give the okay to everything or nothing.

More widely, the WFA argues that the proposals will “undercut the advertising-funded business model that drives the digital economy as we know it. In turn, they would act as a brake on innovation, competitiveness and growth in Europe.”

The Direct Marketing Association argues that the regulation restricts the ability of direct marketers to use data in marketing campaigns and will be “hugely damaging to sales”.

The draft General Data Protection regulation – a reform of the European Union’s1995 data protection rules implemented differently in all then EU member states – will be imposed uniformly in a bid “do away with the current fragmentation”.

Announcing the measures, EU Justice Commissioner Viviane Reding, said: “The protection of personal data is a fundamental right for all Europeans, but citizens do not always feel in full control of their personal data. My proposals will help build trust in online services because people will be better informed about their rights and in more control of their information.”

The draft proposals, breaches of which can land companies with a fine of up to 2% of their global turnover if they fail to act quickly to remedy breaches, will now be passed to the European Parliament and Council of Ministers for discussion.

It will be at least until 2014 before any changes to UK law, however, final regulation will take effect two years after being adopted.

At a recent event in London, minister for culture, communications and creative industries Ed Vaizey, promised that the government would work with the advertising industry to lessen the impact of the changes.

It is likely that Vaizey’s Department for Culture Media and Sport will share responsibility for implementation with the Ministry of Justice and department of Business, Innovation and Skills.

Bad news for Paul Daniels. Britain’s favourite magician sliced off his ring finger last weekend with a circular saw in his back shed. Daniels had been putting the finishing touches to his props for his upcoming national tour. The better news is that his 26-date national tour, starting in Southsea on the 22nd February – […]

Christa Carone is taking personal control of redefining Xerox – click here to read the main profile Darrell Minards, head of marketing communications, Xerox Europe, talks us through the challenges the business faces in the UK Simon Morris, marketing director of Adobe Systems in the UK, asks: You were recently quoted as saying that irrelevance […] 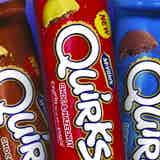