1. British brands lag behind when it comes to AI

British brands lag behind their European counterparts with it comes to AI implementation despite the majority, 91%, of UK businesses saying it’s important to for success.

Just 31% are happy with the amount of AI they’re using as part of their customer experience strategies, compared to 42% in Germany, and 35% in Switzerland and France.

Despite the fact 92% of British brands plan to implement AI by the end of 2020, the research reveals UK brands have major roadblocks to achieving these goals. Firstly, 59% of British brands can’t process customer data fast enough, and 52% say they collect too much data from too many sources.

Skill shortages are also a problem with 74% of UK businesses saying they need to train their staff in order to meet AI goals, while 71% are having to bring in new talent to the business.

Nearly half (49%) of respondents say the EU’s new data protection regulation has also slowed them down. 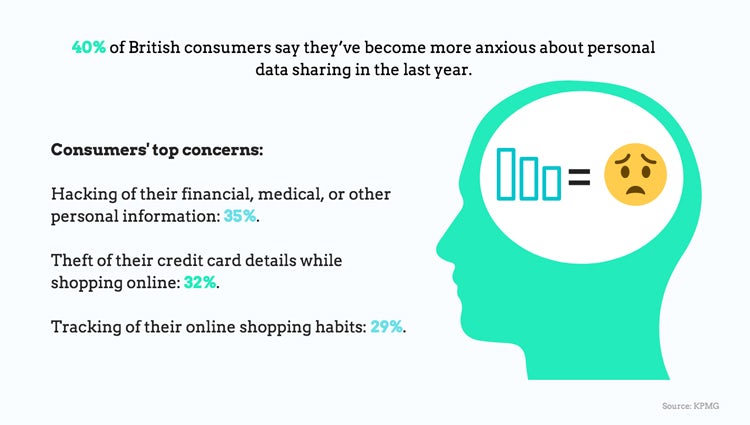 Their top concerns are associated with: hacking of their financial, medical, or other personal information (35%); theft of their credit card details while shopping online (32%); and tracking of their online shopping habits (29%).

UK consumers are also nervous when it comes to social media, with 60% saying they don’t trust anyone with their social media data, compared to 37% globally. 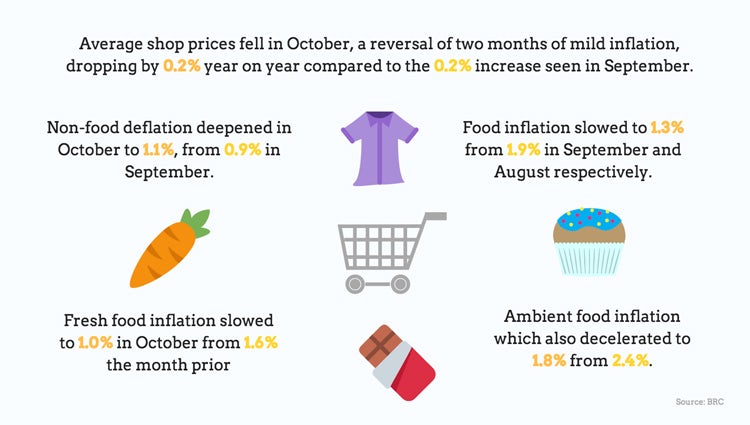 Average shop prices fell in October, a reversal of two months of mild inflation, dropping by 0.2% year on year compared to the 0.2% increase seen in September.

Non-food deflation deepened in October to 1.1%, from 0.9% in September, while food inflation slowed to 1.3% from 1.9% in September and August respectively.

Meanwhile, fresh food inflation slowed to 1.0% in October from 1.6% the month prior, as did ambient food inflation which also decelerated to 1.8% from 2.4%.

Prices of vegetables are also falling, although the hot dry weather experienced during summer is still pushing up on the prices of some domestically grown products. 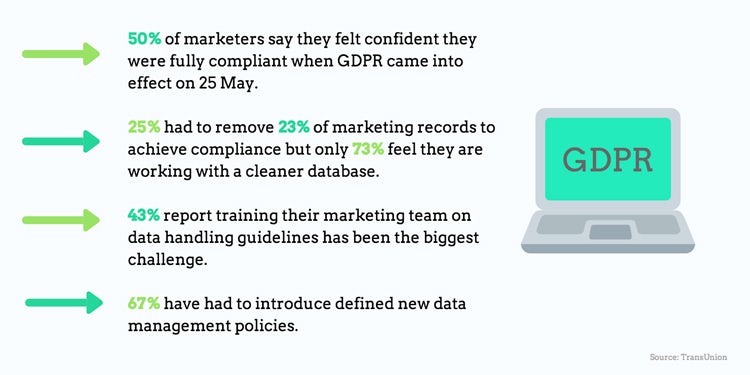 Just half (50%) of marketers say they felt confident they were fully compliant when GDPR came into effect on 25 May.

While 25% confess they had to remove 23% of marketing records to achieve compliance, only 73% of marketers now feel they are working with a cleaner database. Another 63% believe they’re now more effective when it comes to both sales and marketing.

However, becoming GDPR compliant came with a host of challenges.

For instance, 43% report training their marketing team on data handling guidelines has been the biggest challenge and 38% say they struggled with their restricted access to consumer data.

Marketers have had to alter their internal marketing function too, with 67% having introduced defined new data management policies. More than half (53%) have implemented new data systems or customer engagement tools, while 42% have hired a data protection officer or team. 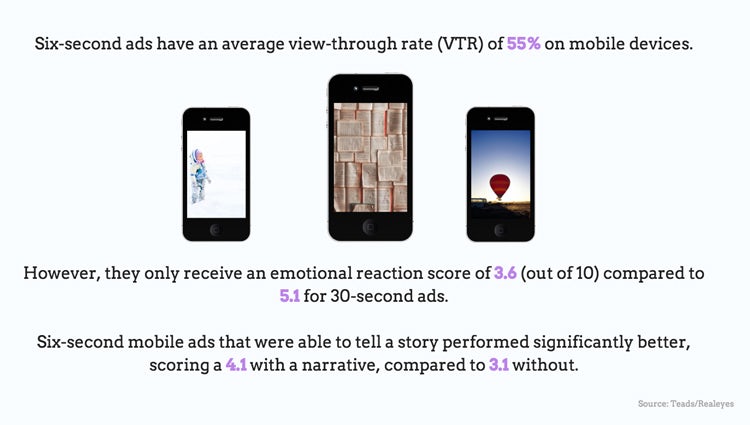 Six-second mobile ads that were able to tell a story performed significantly better, scoring a 4.1 with a narrative, compared to 3.1 without.

And just 16% of six-second ad creatives tested included a call-to-action.

The Mexican beer brand is shifting its brand positioning in a bid to appeal to sun-seeking consumers, re-establish what it stands for, and take a larger slice of a category currently led by Corona. 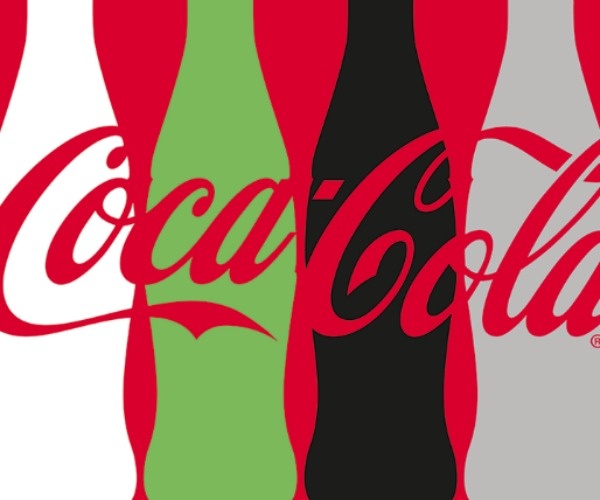 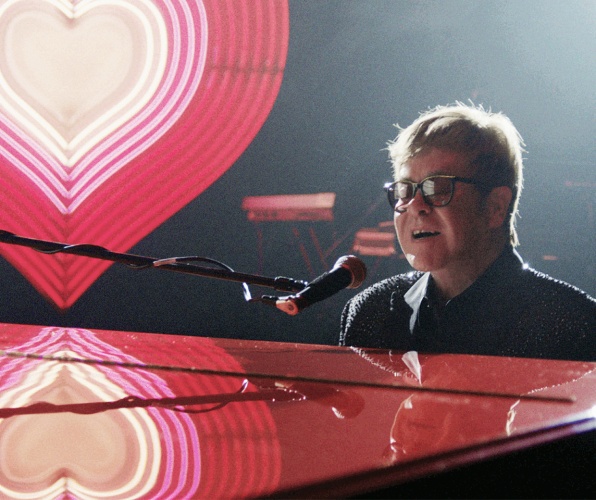 The 140-second ad, which tells the story of Elton John’s life after he received a piano for Christmas, marks a change in creative direction for the retailer although keeps its festive positioning focused on thoughtful giving.