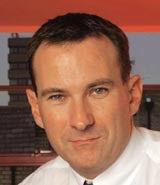 Database and research company Coad, Cole &amp; Burey (CCB) has launched an internet-based customer relationship management (CRM) system with the intention of opening up CRM to small and medium-sized companies as well as the biggest ones.

CCB managing director Bill Burey claims that SalesTalk will allow marketers to create tailor-made CRM programs without the need to invest in specialist software, computers or experts. Furthermore, he says the system’s low entry costs and ease of use mean that companies can allow their own external suppliers – such as call centre staff – access to it.

Burey adds that many companies have been using database marketing “primarily as a sales tool to target and capture new customers rather than harnessing it to retain current ones – which is about as logical as trying to fill a bucket with a huge hole in the bottom.” Others are shying away from CRM because they have had bad experiences with expensive long-term contracts, he says.

CCB has been developing Web products for some time. Last November, it teamed up with Lycos Europe to launch Fast.leads, which lets direct marketers collect information about consumer usage and purchase intentions in real time, build databases of likely prospects and contact those prospects immediately (MW November 11, 2004).