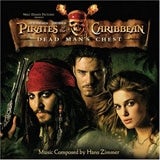 The appointment comes as speculation mounts that Odeon Cinemas, joint owner of the sales house with Cineworld, is about to be sold by owner Terra Firma, led by financier Guy Hands.

Rees will oversee all commercial and operational aspects of the business and replaces Martin Bowley, who stepped down in January. Crispin Lilly vice-president of business affairs at Cineworld Cinemas, has been overseeing DCM in the interim.

Rees is a former chief executive of Avanti Screen-media and has also worked at media agency Carat.

Cinemas are hoping to keep up momentum in attracting audiences over the summer with films such as Pirate of the Caribbean: On Stranger Tides and X Men: First Class.