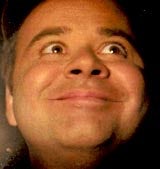 Philips Electronics is to split with Euro RSCG Worldwide and has appointed DDB Worldwide to its global advertising roster with a brief to handle accounts worth $300m (£200m).

DDB Worldwide will handle advertising for the product divisions Consumer Electronics, Semiconductors, Components and the Philips Group. In the UK, BMP DDB will work on the business.

Philips has awarded the other agency on its roster, D’Arcy, the lighting and medical systems business previously held by Euro RSCG.

Philips’ head of global brand management, Mark Kerray, says: “Following an extensive evaluation process and a thorough comparison of available competence, we have decided to continue with a new advertising agency, DDB Worldwide, hoping to further accelerate our global brand equity building and consistency of execution.”

Philips global marketing chief Gerard Dufour, who was responsible, with Euro RSCG Worldwide, for the “Let’s make things better” campaign, left the company in late 1999 after suffering two major heart attacks (MW 4 November 1999). It is expected that the new agency arrangements will not lead to a change in the line. Dufour was hired from Euro RSCG Worldwide in 1996 and was credited with introducing a branding and marketing culture to the company.

Euro RSCG Worldwide’s contract on the Philips business will end in June 2001.

With reference to Trevor Beattie’s comments on the genius of French Connection UK’s advertising, I understand fcuk, tawt and cnut, but what does TBWA mean? Is it twab? Mark Monkey Creative director Marketing Monkeys

Diageo-owned Guinness has back-tracked on plans to appoint a single global agency, instead splitting its &£50m advertising business between roster agencies Abbott Mead Vickers.BBDO and Saatchi &amp; Saatchi. These agencies had been invited to take part in a winner-takes-all pitch for the global business last month after Guinness revealed that it intended to consolidate its […]