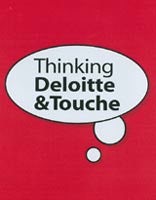 The agency, which pitched against Wieden &amp; Kennedy, will promote Deloitte Consulting’s new identity when it separates from the parent company later this year.

The European work will be overseen by DDB’s London office. Nine other DDB offices will be involved in the account.

Auditors and their consulting businesses have been stigmatised by the Enron/Andersen scandal earlier in the year. PricewaterhouseCoopers’ consulting arm is also understood to be talking to branding agencies ahead of flotation later this year.

Deloitte Consulting’s rebranding will underline that its services are not related to the accountancy business in the same way that Andersen Consulting was renamed Accenture in 2000 to distance itself from Andersen.