Names under consideration for the merged agencies include Glue World and Isobar UK, according to agency sources.

The merged teams will be headed by Glue MD Mark Cridge, who will report to Isobar CEO Mark Cranmer.

The backroom functions, including accounts and IT, have already been merged at de-construct, Anorak and Glue.

De-construct MD Glenn Jones is understood to have left the agency before Christmas. Before his term at de-construct, Jones also headed Anorak and had previously held the head of accounts position at Glue and posts at IN2 and TMP Worldwide.

Recent account wins for Glue include promotion of the Google Chrome browser in partnership with BBH Labs and cider brand Magners.

This story first appeared on NewMediaAge.co.uk

The Food Standards Agency is partnering with The Sun to produce an editorial series looking at the dangers of eating too much saturated fat. 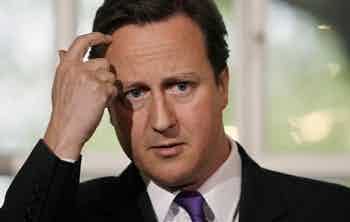 David Cameron has warned marketers, advertisers and shops to “show more restraint in the way they operate” when marketing to children, or face further regulation.