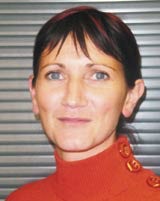 Adrian Moss, chief executive of Deal Group, says Iapino’s five years in the online industry mean she has an in-depth understanding of how the internet can be used within advertising and to create sales.

Commission Junction is still looking for a replacement for Iapino. Her role is temporarily being filled by Geoffrey Stevens, who has been brought in from the parent company.

Stevens says: “We’ve got a strong team here looking after day-to-day business. In fact, we have just expanded the team, and I anticipate finding the right candidate to replace Iapino in the near future.”

Both Iapino and Moss claim the affiliate marketing industry is rapidly changing, and that clients are looking for a much broader offering than the conventional pay-for-performance model. “I was growing very frustrated with having to limit myself to this narrow area,” says Iapino. “Clients now want to consolidate their online marketing spend, they don’t want to work with four or five different agencies.”

But Commission Junction’s Stevens claims his company is also broadening its offering into search engine marketing and offering to manage client’s affiliate marketing programmes on a day-to-day basis. Commission Junction is also in the process of merging with ValueClick, another large pay-for-performance specialist.

Iapino says she began negotiations to switch companies before Deal Group merged with WebGravity, but adds: “The merger was definitely a consideration”.