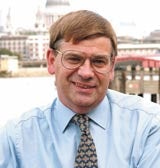 Consumers take supply chains for granted, not unreasonably expecting their favourite brands to be on sale at their local store. However, a change in competition law this year could affect where we buy our favourite titles.

Exclusive distribution agreements have been standard practice in the UK for many years. These “vertical agreements” allow a publisher to appoint a sole wholesaler to a given area. This means that newsagents in that area have to buy via the publisher’s designated wholesaler. In return, that wholesaler has to supply every approved retail outlet in his assigned territory.

In May, the Government will change the law relating to vertical agreements between companies at different levels of the supply chain. The current exclusion of this type of agreement from the Competition Act will be repealed and as such, publishers’ exclusive arrangements with wholesalers may be open to legal challenge. If a challenge were successful, what would be the likely impact?

Independent studies demonstrate that up to 20,000 smaller retailers in the UK could be at risk, because wholesalers would be motivated to criss-cross each other’s formerly exclusive areas in search of the largest news accounts. Smaller newsagents will become much less profitable to serve. At best wholesalers may ask them to pay more for magazines and newspapers, at worst they could force them into closure. The current universal obligation to supply the printed word would fragment. Over time, market share would inevitably move to the supermarket sector.

Supermarkets have a key role to play in the sales of the press, particularly magazines. The combined market share of the big four grocery players is close to 40 per cent for the circulation of some magazines. They have greater space for displays and promotional clout to sell copies. But a diversified press in a democratic society needs a diversified retail estate. Supermarkets and independents both have a role to play.

In spring 2004, publishers and wholesalers joined forces to form a group requesting that the Office of Fair Trading issues an exemption to the forthcoming repeal of legislation. The industry awaits the verdict of the OFT, expected in February. A fully open market would not be in the interests of consumers, nor maintain the sustainability and development of a vital British industry.

Newspapers and magazines operate in a sale-or-return market, with the supplier taking the risk for unsold copies. Ever-increasing print and paper costs have necessitated the development of allocation systems to maximise sales and minimise unsold copies. Such systems can only work with a sole wholesaler.

More than 14 million newspapers and myriad different magazine titles are distributed to more than 54,000 retailers. Economically and environmentally, this works best when as many newspapers and magazines as possible are delivered together.