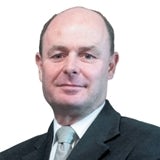 The usual headlines about top executive pay hide more important issues for the corporation such as big digital switchover payments.

If the BBC really wants to save a bit of money, it could start with its annual report and accounts. Every year, it seems, people are interested in just one page – the one containing the management salaries and bonuses.

Think how much it could save if it scrapped the other 151 pages.

Yet the report is a mine of fascinating facts and figures which bear detailed scrutiny. In the coming weeks they may receive it, but not quite yet.

The annual row over BBC bosses’ salaries is not just a knee-jerk reaction. I write as one of the journalists who each year have to decide whether or not to do the salary story or search for something more newsworthy – in the knowledge that the broadcasting unions will always be quicker with a reaction to the report than any of the BBC’s critics. This year, few would disagree that the substantial increase in the pay of the executive board was the right top line.

The splash headline in the Daily Telegraph summed it up: “Record pay rises for BBC chiefs as jobs axed.” The story was amplified by the Guardian’s headline “BBC faces strike over ‘greedy’ executives’ rises as thousands lose jobs”.

Most other papers took the same line, though the Independent found a different story – “Young viewers switch from BBC to the internet” – as did the Financial Times, with the headline “BBC considers moving jobs offshore”. The salary increases were robustly defended by the chairman of the BBC governors Michael Grade. He pointed out that the management bonuses – much-criticised in previous years – had been heavily cut, and that BBC executives still got paid significantly less than those in commercial media companies.

This, it was implied, may have been one reason for the departures of the controllers of BBC One, BBC Three, BBC Sport and Children’s BBC to the independent sector, along with a dozen other department heads, since the start of last year.

He also said this was the last stage of a two-year “catch-up” process and would not be repeated. Yet the story was still echoing round Westminster on Monday evening when MPs debated the future of the BBC, and on Tuesday when Grade and the BBC director-general Mark Thompson faced questions from the Culture select committee. The salaries paid not just to BBC executives but to presenters such as Jonathan Ross were criticised by the shadow Culture Secretary Hugo Swire, the chairman of the Culture select committee John Whittingdale, the Tories’ John Redwood and Labour’s Paul Farrelly, who described the issue of BBC management salaries as “a public relations gaffe at a very sensitive time”.

It is sensitive for several reasons. The unions were already due to decide whether to hold a strike ballot over changes to the BBC’s pension rules, which mean staff under 50 will now have to work till they are 65 instead of retiring at 60.

With some 3,000 job cuts already planned, the fact that this year’s pay offer of 2.6 per cent was less than the current rate of inflation simply added to the unions’ grievances.

But the real sensitivity is over the BBC’s bid for an annual licence fee increase of RPI plus 2.3 per cent. This was already under fire from the Corporation’s commercial rivals, who claim it is being given a blank cheque to increase its growing share of radio listening and to expand into the new media world.

Swire described the bid as “eye-wateringly large” and the Culture Secretary Tessa Jowell has already delayed the final decision and said the BBC won’t get what it’s asked for. The questions which follow from that are (a) how much less will it get, and (b) which of its plans will have to be abandoned or scaled down as a result?

There is also a black hole in the BBC bid, which has received surprisingly little attention. The figure of RPI plus 2.3 per cent doesn’t include the digital switchover payout which must be made to the elderly and vulnerable to help them convert their TVs and videos. The Government has said this is is to be paid by the BBC out of the licence fee, but in Monday night’s debate ministers still couldn’t tell the Conservatives exactly how large the figure will be.

If the BBC gets much less than it has asked for, projects such as the move of large departments to Manchester will come under pressure. And by the time it knows the level of the settlement, there will also be a major shake-up in the way it is run.

Most people know that the BBC governors will be replaced by a new regulator, the BBC Trust, at the end of the year. Critics of the plan – including commercial broadcasters, publishers and advertisers – have said the new body will still be too close to the BBC’s management, and less tough and independent than Ofcom would be.

What few appreciate is that the BBC executive board will be radically reshaped at the same time, with the introduction of up to five non-executive directors, on the lines of the Channel 4 board, and the possible removal of some existing board members.

More details will emerge next week. For the BBC’s critics, the game is not over yet.