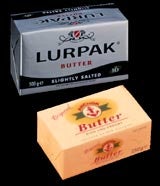 The marriage of arch-rivals Lurpak and Anchor (MW last week) may have startled the dairy industry but it is a sign that change and innovation are the order of the day in the yellow fats sector.

Subject to approval by the Office of Fair Trading, the new company, to be called Arla Foods Fonterra (AFF), will be responsible for the marketing and distribution of both brands. Lurpak’s parent company Arla Foods will have 75 per cent of the new company and Fonterra Co-operative Group, parent company of New Zealand Milk (NZM) – which sells Anchor in the UK – will have the remainder.

Best known for their high-quality butter products, Anchor and Lurpak had a rivalry as fierce as – if on a smaller scale than – Pepsi and Coca-Cola. Only this year NZM launched an aggressive price-cutting campaign in an unsuccessful bid to reclaim top spot in the butter market, which it had held for 75 years before losing it to Lurpak last year.

Commenting on the joint venture, Lurpak business unit controller Henrik Nygaard, one of the driving forces behind the merger, says: “It makes sense when you see the wider picture. Standing still is not really an option.”

The deal will give AFF 15.6 per cent of the yellow fats market, placing it second behind market leader Unilever Bestfoods – whose portfolio includes Flora, I Can’t Believe It’s Not Butter, Olivio and Stork – which has a 32 per cent share. Though this may seem a sizeable gap, Nygaard points out that in terms of value the two are much closer, as the products AFF will sell are generally more expensive than Unilever’s spreads.

Where butter is concerned, AFF will be a very significant player. According to Information Resources, Lurpak Spreadable is the number one butter brand, followed by own-label brands Anchor, Lurpak and Anchor Spreadable. Figures for the year to October value the butter market at £254m – 39 per cent of the £647m yellow fats sector. However, the sector as a whole is in long-term decline – the total market has fallen by £6m since last year year, with butter sales tumbling by £4m. The only yellow fat category which has shown strong growth (from £89m to £108m over the same period) is low-fat spreads, boosted by the success of relative newcomers Flora Pro-Active, the number two low-fat brand behind Flora Light, and McNeil Consumer Nutritionals’ Benecol.

Mintel notes that volume has declined faster than value, due to the sector’s willingness to use innovation and new recipes and branch out into different areas such as organic blends and the use of olive oil.

NZM managing director Simon Tuckey, perhaps weary of analysts criticising his sector, points out that although the yellow fats market is shrinking, it is still the same size as the prepared meals sector, which is a “hell of a big market”.

He says: “Yellow fats, like many food categories, needs consolidation to maintain competitiveness. Even with one of the strongest brands in the food industry, we took the view that Anchor’s success could be greater as part of a larger group.”

Goldman Sachs analyst Tim Potter says another advantage of the merger is that the brands will be able to stop supermarkets pitting them against each other: “They like to play one brand off against the other. They’ll be watching this move carefully.”

Potter labels the venture a “defensive” move by Lurpak in order to consolidate its position in the yellow fats market.

Ellis says that, in terms of Flora’s health-driven products, he sees no threat to Unilever from the tie-up as cholesterol-lowering products and butter are “almost in separate markets”.

“If you are thinking of buying a cholesterol-lowering spread you are unlikely to switch straight from butter,” he adds.

Both Anchor and Lurpak have invested substantially in marketing over the past 18 months. In September Lurpak launched Lurpak Lighter Spreadable, with a £6m marketing campaign including TV ads – featuring Douglas, the butter trombone-player. Anchor has invested £10m in revamping its whole range, as well as running a brand-building television campaign.

Nygaard says the emphasis for AFF will not be on increasing volume but on boosting the value of the market, adding value for consumers and pushing both brands on the “taste angle”.

The indications are that, in the short term, AFF will stick to what it knows best, but NZM marketing director Jaspal Chada reveals that his company has embarked on a new product development (npd) programme and is considering moving into the yogurt and dairy drinks market. He says: “If you think about the brand values of Anchor, it can stretch beyond butter.”

But Potter urges caution, saying that ventures into this over-populated market will have to be inspired. He cites MÃ¼ller’s dramatic entrance and enduring popularity in the UK yogurt market as an example of what is needed.

Innovate or stagnate is the name of the game, not only in yellow fats but in the dairy sector as a whole. The industry will watch closely to see which path the new joint venture follows.