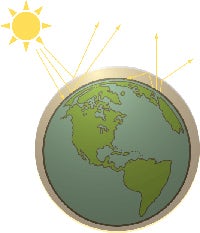 The Department for Environment, Food and Rural Affairs (DEFRA) is seeking an agency to handle a campaign focusing on the dangers of climate change and how consumers can reduce carbon dioxide emissions.

The pitch is being handled by COI Communications, which has drawn up a shortlist of Vallance Carruthers Coleman Priest, Abbot Mead Vicker.BBDO and DFGW. A decision is expected next month.

The campaign, which will run until March 2008, will support the Government’s target of reducing carbon dioxide emissions by 20% (on levels in 1990) by 2010 and 60% by 2050. It will also try to increase consumers’ understanding of the impact of carbon dioxide emissions on climate change and how lifestyle and household behaviour – such as switching off lights, lowering central heating thermostats and reducing travelling – can help to reduce them.

The Government plans to launch an online carbon calculator next spring, with the aim of helping consumers understand how much carbon they emit.

PHD will handle the media planning for the campaign and media buying will be via COI roster agencies according to which medium is used.

Jaguar is axing its S-Type model and replacing it with a new sports saloon called the XF. The new model will appear next autumn and will go on sale in spring 2008. The S-Type, which was launched as a direct competitor to the BMW 5-Series in 1999, has been widely criticised for being overly conservative, […]

As the number of media channels multiplies it becomes harder to know where to focus research on marketing strategies, but new methods can help the process shape the campaign. By Alicia Clegg