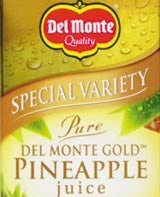 Del Monte has appointed David Wilkinson as head of marketing in the UK following a restructure of the European marketing division.

Wilkinson was a senior marketer at NestlÃ© for 13 years before joining Kallo Foods as marketing director. He will start at Del Monte next week, reporting to UK general manager Peter Miller and will work closely with Mark Collins, vice-president of marketing for Europe, Africa and the Middle East. Del Monte’s last European marketing director, Roderick Groundes-Peace, left six months ago; he will not be replaced.

Meanwhile, the first new product launch following the October 2004 acquisition of Del Monte by Del Monte Fresh will be Del Monte Gold, a premium pineapple juice set to be rolled out in the UK this month. The company hopes to use the juice to drive new customers down the ambient juice aisle and inspire loyalty. Del Monte Gold will be followed by the launch of Del Monte Healthy Plus Orange Juice With Added Vitamins. Both will sell at 99p for one-litre cartons.

The total marketing spend for all Del Monte juices is &£5m a year. Del Monte recently parted company with Euro RSCG London, its agency of record.

The Diary isn’t easily impressed. Once you’ve read one press release telling you how a water filter can save your business millions of pounds, you’ve read them all. So when a printed statement arrived telling about Billington Cartmell’s new business director Vanessa Hogg representing Great Britain in the triathlon at the ITU World Age Group […]

Is there anything Paddy Power won’t offer odds on? The bookmaker is taking bets on which agency will win the lucrative BA account, with incumbent M&amp;C Saatchi favourite at 5/4, and DDB a close second at 11/8. BBH and JWT are outsiders at 7/1 and 10/1 respectively. Paddy Power’s move into the ad world doesn’t […]

The Incorporated Society of British Advertisers (ISBA) has warned that proposed changes to European television regulation, being discussed this week in Liverpool, could stifle internet content. ISBA director of public affairs Ian Twinn warns that updates to the EU’s TV Without Frontiers directive must not put European media outlets at a disadvantage, for example by […]