Royal Mail is struggling to deal with healthy competition. Like BT and British Gas before it, this dinosaur institution has been sluggish in reacting to free market forces. And now it has had to make way for a nimbler and more intelligent contender.

Enter UK Mail, which has picked off the most lucrative parts of the business from under Royal Mail’s nose, namely high volume regular users of direct mail. And if recent results are any indicator, it’s reaping the rewards of its approach.

Royal Mail’s battle to win back the business market has not been made easier by a series of strikes. But its difficulties stem from a failure of innovation. Like any organisation that operates a monopoly for too long, Royal Mail has, I believe, become arrogant and complacent.

UK Mail’s iMail service is a prime example. Royal Mail has allowed itself to be wrongfooted by the growth of email, but UK Mail has converted a threat into an opportunity by integrating both media: iMail allows customers to send physical mail directly from their computers until 6pm and still get next day delivery. As well as speeding up delivery, iMail cuts costs and makes a significant impact on carbon emissions.

The cost of direct mail has always been a barrier to advertisers. Any company that can help reduce these costs while delivering what customers want deserves to succeed.

March 2005 UK Mail is the first operator to provide an unsorted mail service to business customers. [When letters are not pre-sorted by the sender.] Sept 2006 UK Mail processes its 1 billionth item of mail.

January 2007 UK Mail wins £12m contract to deliver post for the Department of Work and Pensions after a one-year trial.

March 2007 UK Mail launches a product called Agent for Access, aimed at reducing the impact of current VAT legislation on the cost of UK Mail’s services to the financial services and charity sectors.

Sept 2007 UK Mail signs a Premium Access agreement paving the way for the development of a next day delivery service. Delivering on a postal promise timeline

October 2007 UK Mail starts using sorting machines worldwide to sort items of mail up to the size of a telephone directory.

Nov 2008 iMail is officially launched as hundreds of souvenir letters are sent to industry regulators, customers, green activist groups and the press to commemorate its first day of service.

July 2009 UK Mail launches iMail Postcards & Appointment cards. As an alternative provider, UK Mail is now the largest operator in the UK handling up to 16 million items every day.

Covering your transactional website in the cyberspace equivalent of barbed wire may help prevent fraud, but Steve Hemsley looks at how marketers strike a balance between stimulating legitimate sales and online security 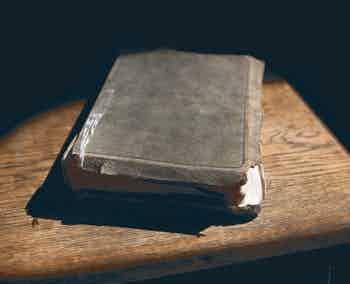 Recession, the rise of digital and the emphasis on media neutrality are just some developments making new demands on marketers and changing marketing’s role in the company structure. Here we glean the ten best ideas from the world’s foremost marketers for embracing this change and steering your brand for the future. 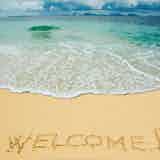 From London to New York via Tunisia and the Norfolk resort of Hemsby, marketers are seeking to give destinations a distinctive personality.