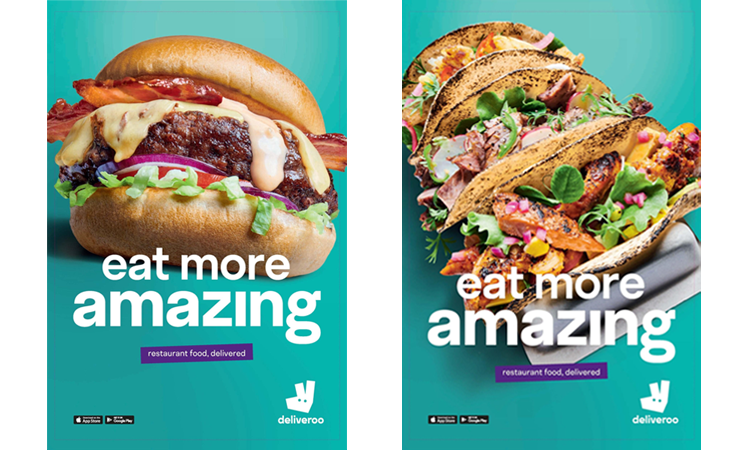 Deliveroo launched a new global brand campaign this week in an effort to get across its “fun brand personality” and “make sure the whole world” knows what Deliveroo is about. i.e. delivering food via a moped.

As well as featuring traditional take-away foods and hangover go-tos, the ‘Eat More Amazing’ campaign will also showcase the lesser-known cuisines of the world as it looks to highlight the range of foods available on its online platform – including poke, a type of Hawaiian salad.

It will be interesting to see whether Deliveroo’s new campaign manages to whet the appetites of consumers, whose perceptions of the brand seem to be more sour than sweet. According to YouGov BrandIndex, Deliveroo’s index score, which measures a range of metrics including impression, quality and reputation, puts it 42nd on a list of 46 fast food and pub brands – way behind the likes of rivals Just Eat, UberEats and Amazon Restaurants – so it might need to push more than just that Hawaiian salad.

Aldi felt the force of the ad regulator’s big hammer this week, which came down hard on the supermarket’s boozy Christmas TV ad featuring Kevin the Carrot and his supernatural gift – or curse – of being able to see dead parsnips.

Taking cues from the 90s hit supernatural thriller, Sixth Sense, the ad saw Kevin haunted by various bottles of spirits, before being spooked by another carrot dressed as a ghost.

One viewer didn’t see the funny side, however, and asked the UK ad watchdog to investigate whether the ad was “irresponsible” because it was likely to appeal to children.

Aldi stepped into the witness box with the defence that Kevin’s character was intended to be humorous and that his appearance in the majority of the 12 ads in the campaign were parodies of well-known films that were several decades old and/or were largely adult in nature or appeal.

The Advertising Standards Authority, however, ruled that Aldi’s ad broke “strict alcohol rules” and must not be shown again.

One step back, two steps forward 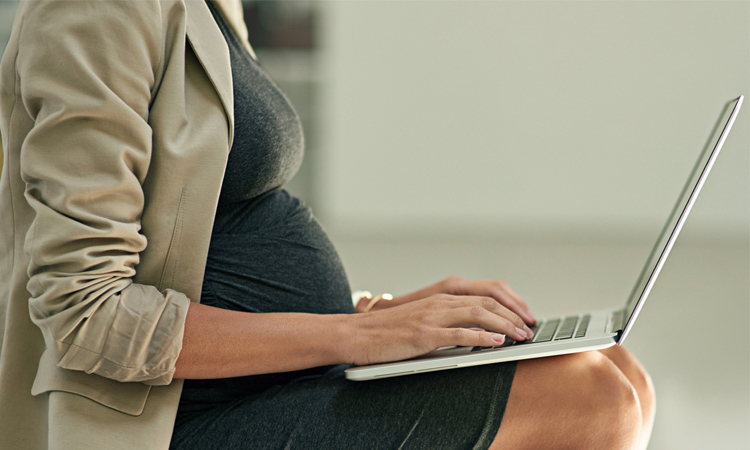 Two bits of news this week around gender discrimination – one revealing some depressing attitudes towards women in the workplace when it comes to pregnancy and maternity; the other showing that brands and agencies are committed to making positive change on the long road to equality.

According to new research by the Equality and Human Rights Commission (EHRC), 32% of marketers think it’s OK to ask a woman about plans for children, 57% believe a woman should have to disclose she’s pregnant and 41% of employers think pregnancy puts an “unnecessary cost burden” on the work place.

READ MORE: Marketers ‘living in the dark ages’ when it comes to recruiting women

The EHRC is calling on businesses to join the Working Forward initiative, which asks them to commit to at least two of the three action areas in addition to leadership: employee confidence, supporting line managers and flexible working.

Meanwhile, Diageo has joined ‘Free the Bid’ – an initiative trying to tackle the gender gap in the ad industry – and called on agencies to put forward at least one female director as part of any creative bid.

Diageo’s marketing chief, Syl Saller, said advertisers have the power to normalise gender equality, and while the industry is moving in the right direction to achieve greater gender diversity, “it must move quicker”. 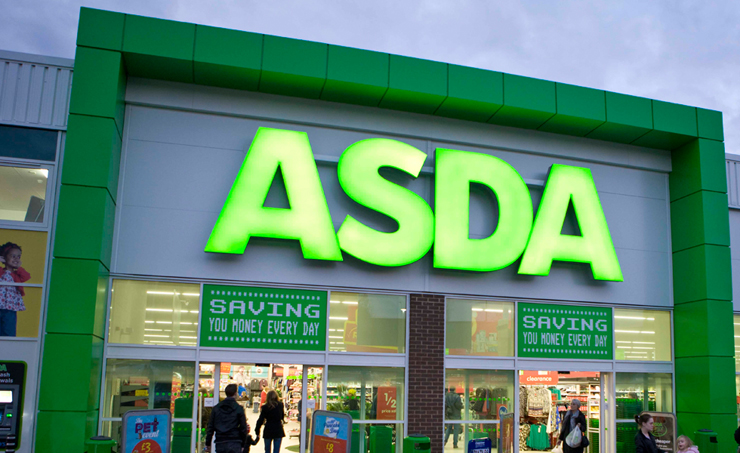 Asda’s investments into improving the customer experience and growing trust in the brand are paying off, with sales up 0.5% in the fourth quarter of 2017 after an especially strong Christmas.

It was the fourth quarterly increase in a row, with consumer perceptions of the brand also up a significant 1.8 points compared with the same period last year.

However, analysts have suggested that while Asda is undoubtedly making progress on a number of levels – including pricing and availability – it will need a better USP than being the third cheapest supermarket, and must build on other strengths such as choice, seasonal goods and its clothing range George to prolong its recovery.

Oxfam turns to print in wake of Haiti scandal

Following allegations about sexual misconduct by staff in Haiti eight years ago, Oxfam turned to traditional media in an attempt to limit brand damage.

“We are sorry” and “we are listening”, Oxfam said in a full-page ad in a Saturday issue of The Times – the same newspaper that broke the scandal – proving brands still see print as a medium that has gravitas, impact and trust.

The Times currently sells more than 440,000 copies every day, so Oxfam’s reactive marketing move will no doubt have been seen by a good number of eyeballs. How much damage the brand suffers in the long run, however, remains to be seen. 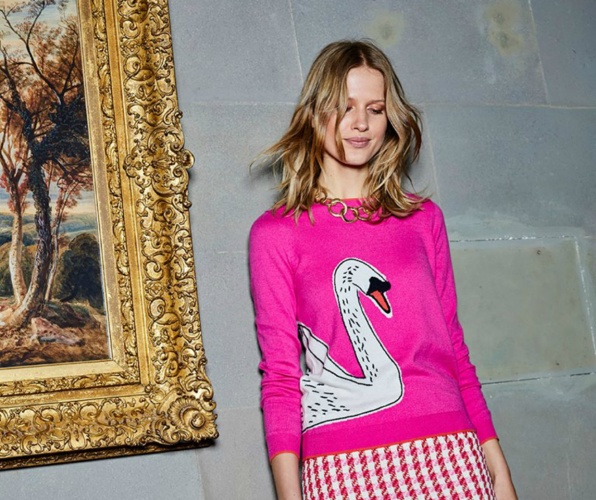 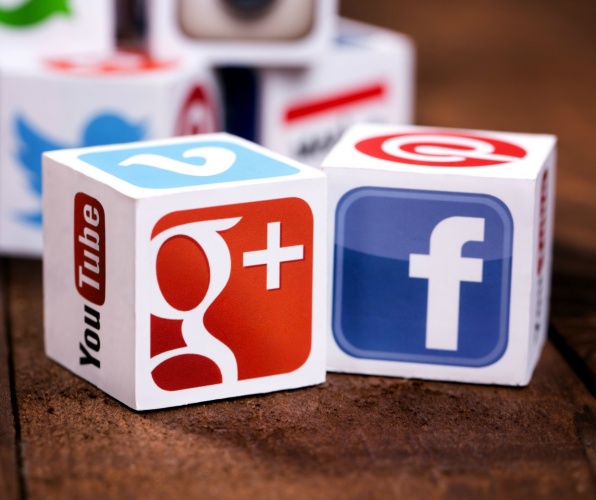 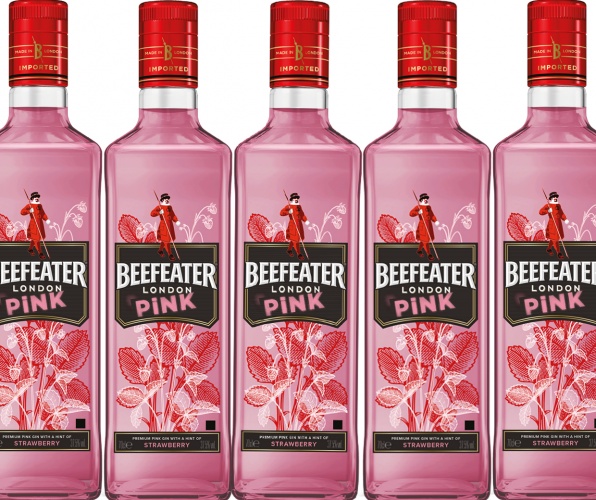 The launch of Pernod Ricard’s new Beefeater Pink gin taps into nascent demand, but does little to boost its innovation credentials.