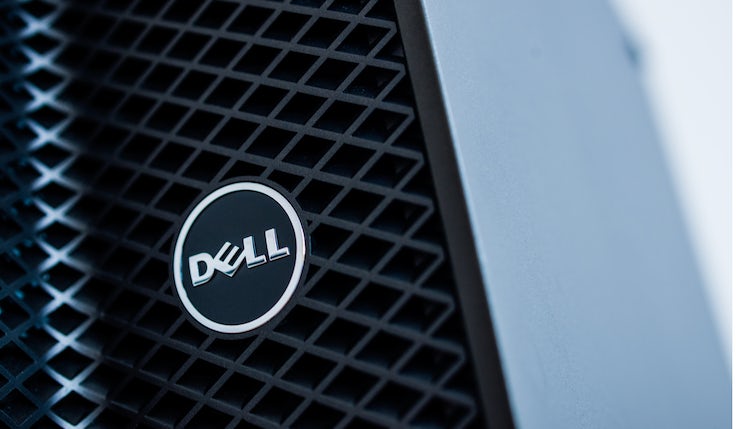 Dell’s CMO Alison Dew admits she never really thought she would take on the top marketing job at the tech company. Not because she didn’t think she could do it but because she never expected the timing to work out.

However, when her predecessor Jeremy Burton stepped down (“lucky for me”) it turned out to be exactly the right time for her to step up to the role.

Dew has now been CMO for a little more than 18 months and has spent much of that “digging through” where the company invests its marketing time and money. What she found was a “lop-sidedness” in the P&L, prompting a number of strategic conversations with others in the C-suite about where it was under- and over-investing and how to right-size that.

She admits the company had made some “sub-optimal” decisions in the past and then simply rolled budget forward without investigating any further. For example, in comms it found that certain countries had more comms people than others for no clear reason other than “personality-driven decision-making”, all too often meaning those that were the noisiest got what they wanted.

Dew describes needing “a lot of courage” to go in and right-size some teams and put in place country frameworks. However, she says it was not just about cutting, with many areas receiving more investment.

“My team hears we are doing a zero-based budgeting exercise and they think ‘oh god, she is going to take away our trash cans’. But in fact what we did was invested more in a lot of the growth areas and [we have been] scaling our investment with revenue over the last number of years. Which is not the talk track that people think – that marketing is constantly cut; we are investing more,” she explains.

There are a number of places Dell is investing in marketing. One is for SME support, a “historical strong spot” for the company. Another is in telling the Dell Technologies stories, a company that was created due to Dell’s acquisition of cloud computing firm EMC in 2015.

But the biggest area of investment has been in Dell’s own digital transformation. It has been bringing data and modelling back in-house because Dew believes that “this is what we sell to our customers so we have to be able to do it ourselves”.

That has involved building the technology, infrastructure and architecture necessary to create a data lake, then the modelling capabilities to understand that data. The goal is to develop real-time personalisation at scale, but Dew believes the only way that is possible is by taking steps out of the process and bringing it in-house.

“The change management to collapse that and bring data back in-house, and our modelling capabilities, that is a very significant part of my budget in terms of transformation,” she says.

While Dew might be relatively new to the CMO role she has been at Dell for more than 11 years which she believes has made the transition easier and meant that the rest of the C-Suite was “already in her camp”. However, she admits running marketing at a tech firm – particularly Dell which is one of a small number of companies that is both B2B and B2C – can be difficult especially for those from a different career background.

“So many [tech] CMOs flame out so quickly because there is this classic play in technology where they want to bring in a CMO from CPG. [Those CMOs] have got creativity, big brand budgets and they know how to work in these environments but they don’t actually know how to work in an environment where you have to both build and run the railroad at the same time,” she says.

Dew also believes her approach of “business first, marketing second” has helped her team be taken more seriously by the rest of the business. She even managed to convince the CFO to give a talk at a press and analyst event where he talked about the importance of brand reputation to the bottom line.

She adds: “[Some] CMOs have basically made a prison for themselves because they are responsible for brand. That is nonsense. You are just responsible for the systems and processes by which you measure the brand, we are all responsible for it. That is something we have really been working on.”

She labels new names for the CMO – such as chief growth officer – “nonsense” and says she tries never to use the word ‘brand’ because people in the business think she is just talking about advertising. Dew also rails against the “hype” in marketing that sees people talking about the latest tech rather than the job of marketing.

Salesforce CMO on what B2C marketers can learn from B2B

“The role of marketing has not changed,” she says. It is to be the customer advocate, to drive demand, to build a brand, to grow a customer base.”

“How do we drive the business? We drive demand, we help people think about our brand differently, and we are responsible for retaining and growing customers, and product positioning.”

Dew also not believe that the job of B2B and B2C brand building is all that different. While the exact messaging and content used in a conversation with the CIO at Citibank versus someone want to buy a new PC might be different, there are clear similarities.

The first is in the simplicity of the message and trying to have an honest conversation without all the jargon. And the second is in showing people that Dell is a company worth doing business with.

With that in mind, Dell is talking more about what it stands for and has just announced 2030 goals focused around diversity, sustainability and privacy. This includes things such as 100% of its packaging being recyclable and improving the diversity of its team in particular by looking at a more diverse candidate pool.

Dell Technologies is a much bigger company following the EMC acquisition. A lot of the company’s time has been spent merging the two teams, and in marketing that has meant trying to keep the best of both Dell and EMC while building one marketing organisation.

With that hard work mostly done, Dew is focused on better marrying the art and science of marketing through automation and the simplification of its martech stack on the science side and creativity on the art. The company also wants to shift perceptions so it is not just known as a PC maker (although this is still a very important part of its business) but is also known for newer technology such as cloud.

The introduction of Dell Technologies has helped, although Dew admits that the “average consumer” does not know much yet about Dell beyond PCs. So far, its advertising has worked to simply introduce the new company, with the strategy now to move further into specific areas such as cloud.

Dew is also keen to get her team thinking both long- and short-term term, rather than at one or the other. To do that, she is getting them to stop thinking about marketing as either ‘brand’ or ‘demand-generation’ and instead as both.

“Instead of talking about brand spend and demand gen, I talk about it as long-term and short-term in-quarter return. Changing perceptions as opposed to driving demand in this quarter.

“That breaks that idiotic ‘is it brand or demand gen?’, which I don’t even understand. Ideally all should do both. The classic phenomenon is the minute there is an economic downturn, companies cut the brand stuff. But in three years you don’t want to have no brand! Or everyone will think we’re a PC company again!” 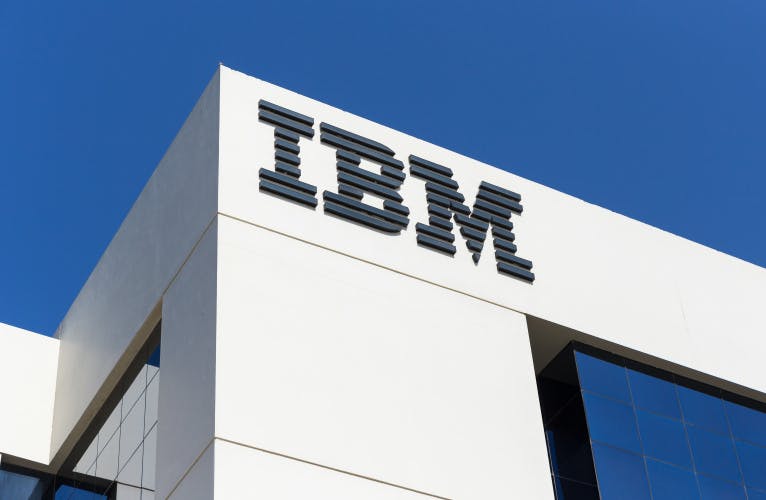 With a passion for business and economics forged in her teenage years, Michelle Peluso took her skill for thinking outside the box all the way to The White House, before swapping politics for entrepreneurship, tech and B2B in her current role as CMO at IBM. 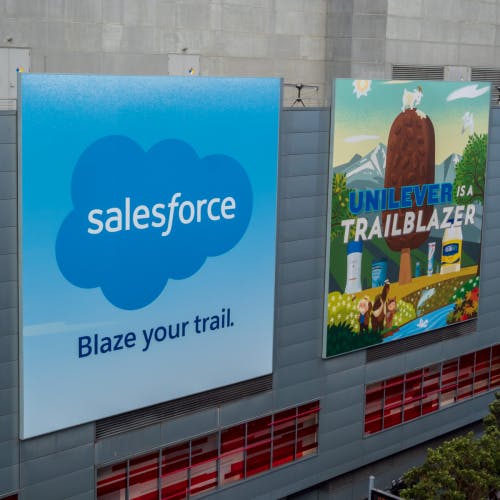 Salesforce is taking a more creative and longer-term approach to marketing as it looks to make clear its points of difference in an increasingly competitive sector. 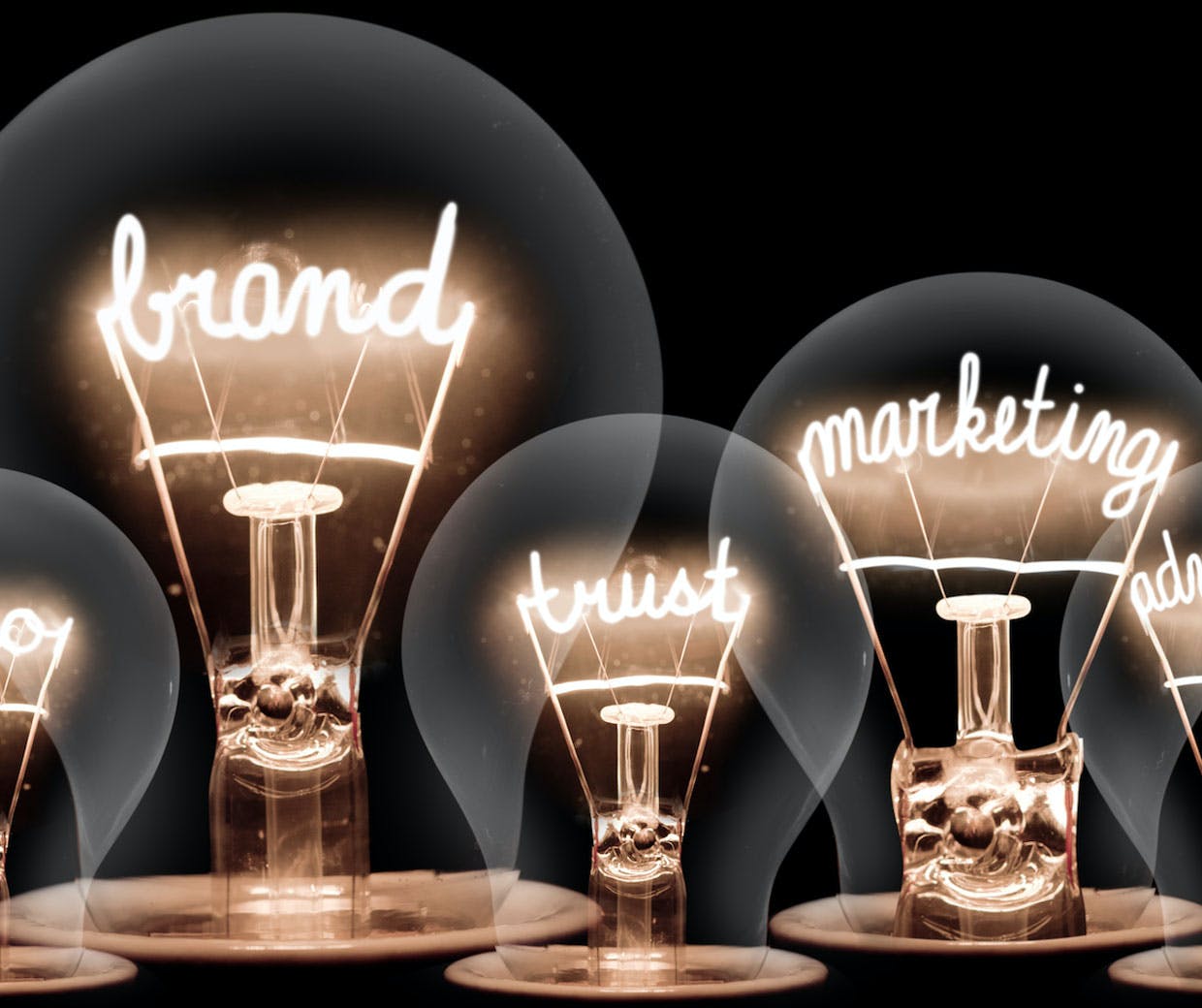