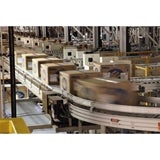 Stevens, who is thought to have left the company in March without a job to go to, has been replaced by Kathleen Schneider. She moves from Dell in the US to take up the UK role.

Prior to her time at Dell, Schneider had worked in brand marketing roles in packaged goods, including a spell at Kraft Foods.

Dell is struggling, with customers and investors alike unhappy at recent performance. On Monday, company chairman and founder Michael Dell admitted: “We didn’t recognize how competitive the market was going to be”, referring to Hewlett-Packard’s (H-P) stronger performance over the past year. “We are changing our approach,” added Dell.

Dell has said it will announce its results tomorrow (Thursday) and H-P had not reported results as Marketing Week went to press. However, market analysts are predicting stronger results from H-P.