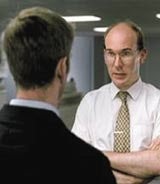 BMP DDB has been appointed by computer manufacturer Dell to handle its &£90m business across the UK, France, Ireland and Germany.

The agency beat off competition from Euro RSCG Wnek Gosper Partners and Danish agency AdPeople to win the business.

It is the first time that Dell has appointed a pan-European agency. The move follows a restructure of the manufacturer’s European consumer and small business marketing team earlier this year (MW February 27).

Neil Stevens, the former marketing director for the home and small business division, was promoted to head the European team.

The business, which is understood to be worth &£17m in the UK alone, was previously handled by a number of different agencies across the continent. The UK and Ireland business was held by cdp-travissully until last November.

BMP had been handling project work until it won the formal pitch for the European business. Dell’s media is handled by Carat, which was not affected by the reorganisations. Its below-the-line is handled by AdPeople.

A TV campaign that focuses on developing the Dell brand as well as its product range is being launched across Europe. The manufacturer is keen to raise brand awareness in some countries, such as Germany, where is not as well known as it is in the UK.

Dell announced last week that it plans to move into the consumer electronics market and is expanding into digital music players and TVs.