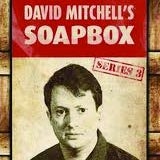 The weekly series will consist of 20 three-minute videos, featuring Dell pre-rolls across all platforms.

As part of the tie-up, online video broadcaster ChannelFlip is developing a Dell-branded video player for all the platforms except YouTube and Apple.

During the series, Dell will run a competition episode that will feed directly back to its Facebook activity, although it has yet to finalise the details.

Dell’s UK and Ireland marketing manager James Griffiths said the sponsorship is part of a wider initiative to target technology-savvy professionals and promote products such as its Duo convertible tablet. “We’re taking a different approach, targeting a specific audience. It’s the first time we’ve run a campaign to appeal to our target audience via an entertainment series,” he said.

ChannelFlip’s sales director Barney Worfolk-Smith said the sponsorship marks a step-change for Dell, which has traditionally focused on direct response but is now looking more at increasing brand engagement. “A lot of the activity will be around the Facebook hub as it feels like less of a sales-type environment than, say, linking to the site via YouTube.”

He said Dell will also be given the opportunity to suggest ideas and themes for the weekly episodes.

The previous two series notched up 150,000 iPhone app downloads, and Dell and ChannelFlip are looking to develop the first Android mobile app for it.