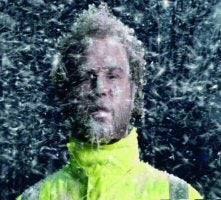 I’ve always been fascinated by agencies’ proprietary tools: “demand chain” – creating demand by turning the supply chain on its head – belongs to McCann Erickson, while “lovemarks” (very special brands that are adored by consumers) comes from Saatchi & Saatchi. Given the track record of agencies in launching new products for clients, it is still astonishing to me that so very few proprietary methodologies have achieved the fame of, say, USP (from Ted Bates), or disruption (from TBWA). I haven’t put either in quotation marks, because they are now part of the language. The USP idea led our whole industry to concentrate on what was special and distinctive about a brand, but agencies don’t seem to have embraced it for themselves. Maybe they should take a leaf out of Jean-Marie Dru’s book, and hold a disruption workshop to get to the bottom of their agency brand. Talking of books, both disruption and lovemarks have been turned into books – three books, in the case of disruption. So there’s real mileage in getting the proprietary idea right.

My first question is why most of the tools and slogans fail to achieve their primary goal, which is presumably memorability. Sadly, many of them fall at the first hurdle, and fail to either be catchy or meaningful. My researches have thrown up an embarrassing number of soundalikes. “Brand energy” from Y&R (which exploits the agency’s long-term investment in its “brand asset valuator”) has to be positioned so that it does not get confused with “total branding” and “360 degree brand stewardship” from WPP stablemates JWT and Ogilvy respectively. Ogilvy, incidentally, is believed to be on the cusp of revealing a new USP here in the UK, as is Publicis, which currently favour “work that works”. Its sister company Leo Burnett is “idea-centric”, while Lowe (the guys who took over their building in Sloane Avenue) goes for “high value ideas”. Competitor Euro RSCG prefers “creative business ideas”. While DDB goes for “better ideas better results”. Bartle Bogle Hegarty doesn’t use inverted commas, but it also talks about the primacy of the idea and big ideas. M&C Saatchi, Britain’s biggest independent, has registered “one word equity” and “brutal simplicity”. Fallon goes for “outsmarting the competition rather than outspending them”, which has been used before by the defunct Mitchell Paterson agency, but tell me what’s really new in this business. Rivals Wieden & Kennedy says its key strength is in brand building. A cynic might ask if that’s a distinctive claim.

And talking about distinctiveness, it’s hard to spot the differences when we look at the media agencies. For a start some have very similar names: MediaCom, Mediaedge:cia, Media Planning Group, Starcom MediaVest and Zenith Optimedia.

My second question is why clients should be impressed, and what the methodologies do for them. On the creative agency side, all the clients have brands they want to drive forward. They all know that ideas are the fuel. Proprietaries that are brand-something, or idea-something aren’t wrong – but they do not necessarily differentiate either. In the media world, clients expect the 360° degree approach, they expect optimisation, and they expect their media agency to be dedicated to measuring return on investment.

Why don’t agencies go the USP route, and claim to offer something unique? MediaCom UK says it is Britain’s favourite agency, which must be really hard to prove. Allen Brady and Marsh in its heyday specialised in two things – highly theatrical pitch presentations and taking on major challenges like Woolworths, British Rail and (as it then was) Guinness. Geers Gross basically did cartoons.

Sadly, neither of those agencies is still with us, but Delaney Lund Knox Warren is – and doing very well. It has made a speciality of musicals (Halifax and AA – and who can forget Ambrosia). Saatchi & Saatchi gets an honourable mention for “nothing’s impossible”. But if you want something that really stands out from the “brand yawns” and “trivialisers”, log on to www.dukesofurbino.com. It is the creation of an eccentric genius who lives and works in the southern hemisphere. Not all the big ideas come from London and New York.